The Tank Museum is marking the centenary year of the first tank attack in history with a new exhibition focusing on pioneering tank soldiers.

Tank Men: The Story of the First Crews focuses on the stories of eight men who crewed tanks during the First World War, and is to be officially opened by HRH the Princess Royal today, 21 March 2016.

Exhibitions Officer Sarah Lambert said: ‘The new exhibition tells the stories of eight British tank soldiers who were among the pioneers of armoured warfare. These individuals were carefully chosen following extensive research in the museum’s archives, allowing us to draw upon previously unseen materials – documents, images and supporting collections - to assemble their histories.’

‘These aren’t household names – they were just ordinary soldiers,’ said Sarah. ‘They were chosen because their remarkable experiences illustrate dramatic and moving stories that have stood the test of time and continue to have a powerful and emotional impact today.’

Researchers traced surviving relatives of the featured soldiers, who were approached to provide a personal insight into the men. A number of them will be attending the opening. Sarah said: ‘This added another dimension to the way in which we could bring the men to life. The relatives all spoke with a freshness of affection and pride that belies the passing of 100 years.’

Alongside the personal stories, the museum is redisplaying what is the finest collection of First World War tanks in the world – including the world’s only surviving example of the Mark I tank that first saw action 100 years ago. The new exhibition is part of a range of activities and events The Tank Museum will be hosting and participating in to mark 100 years since the first tank attack in history. 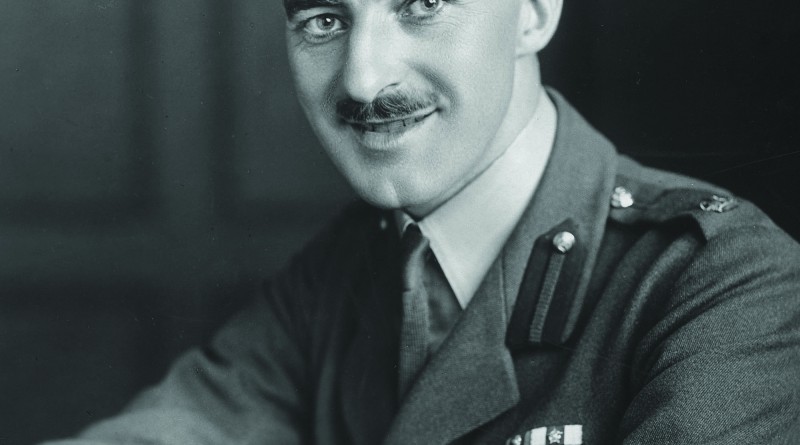 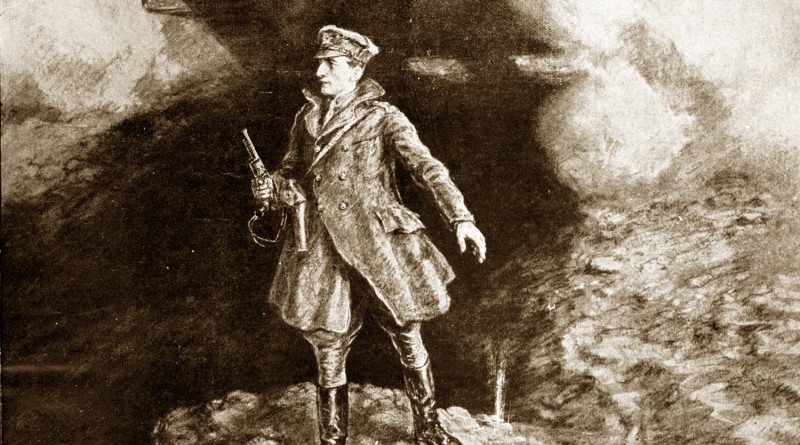 An etching of Hotblack guiding a tank out in to battle, an action for which he won the Distinguished Service Order medal 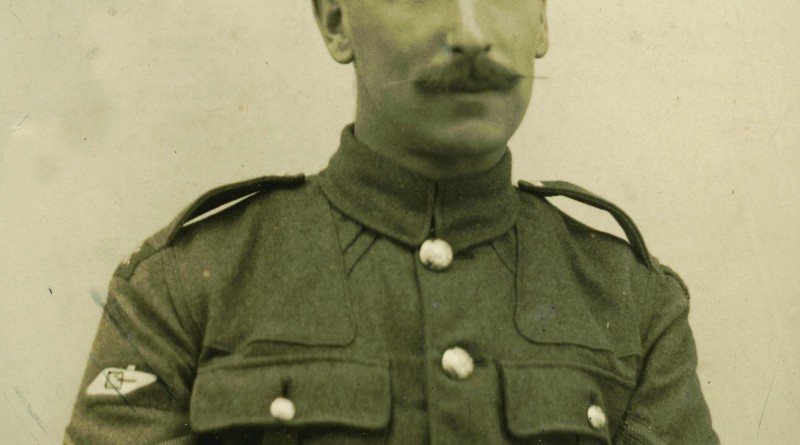 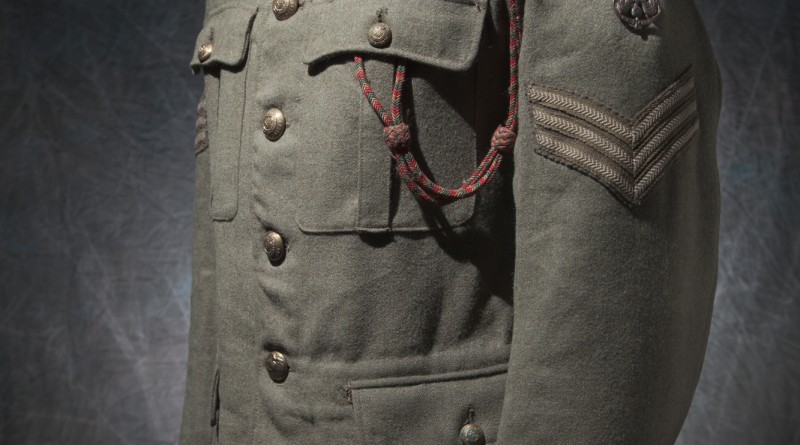 Walter Ratcliffe’s tunic, with his badges, donated by his granddaughter. 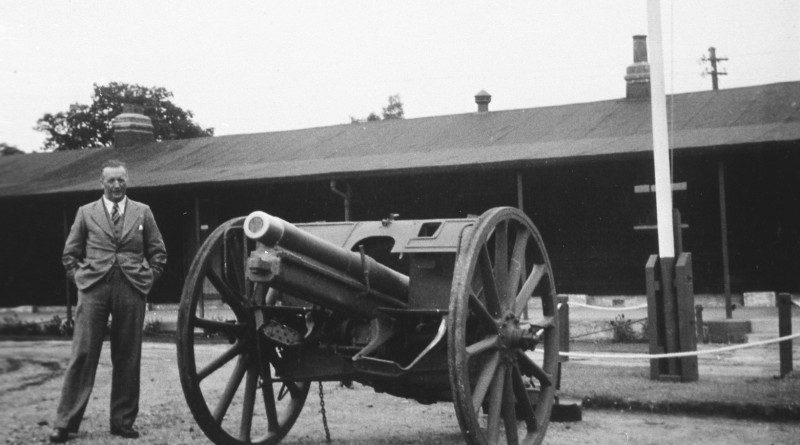 Baker was photographed with the Graincourt Gun in the 1930’s. The gun is now part of the Museum’s collection and sits in the First World War Hall. 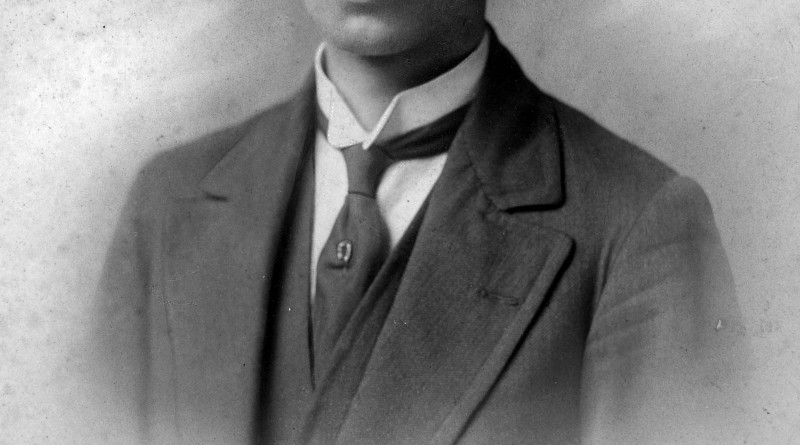 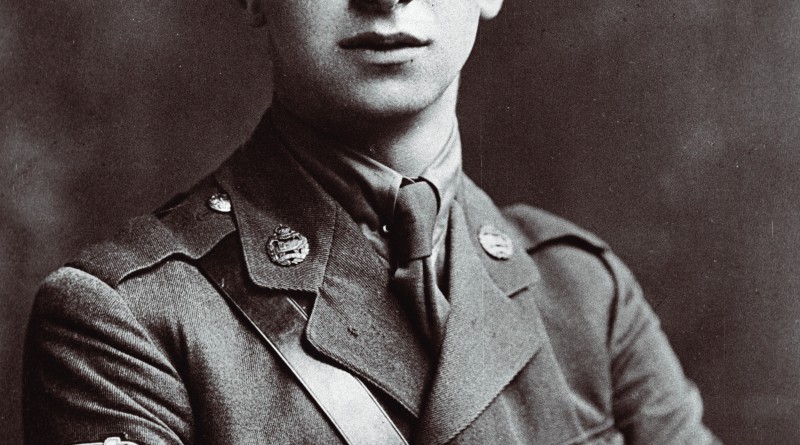 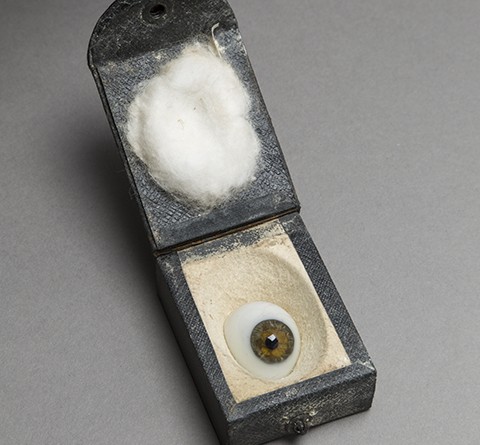 The glass eye which Hadley wore, after the loss of his eye during the Battle of Amiens. 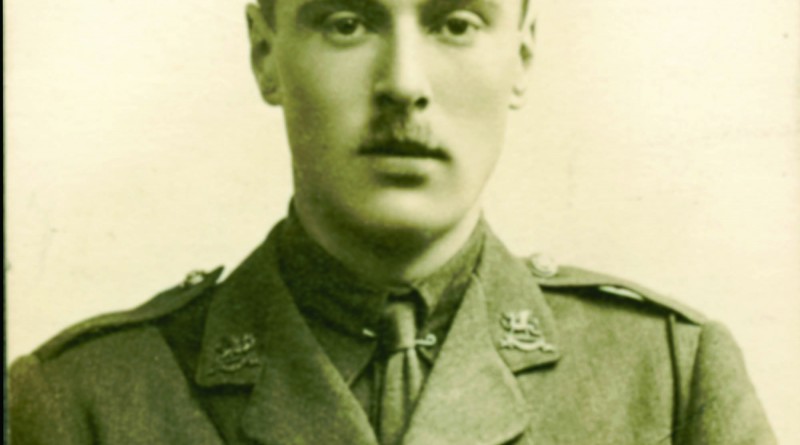 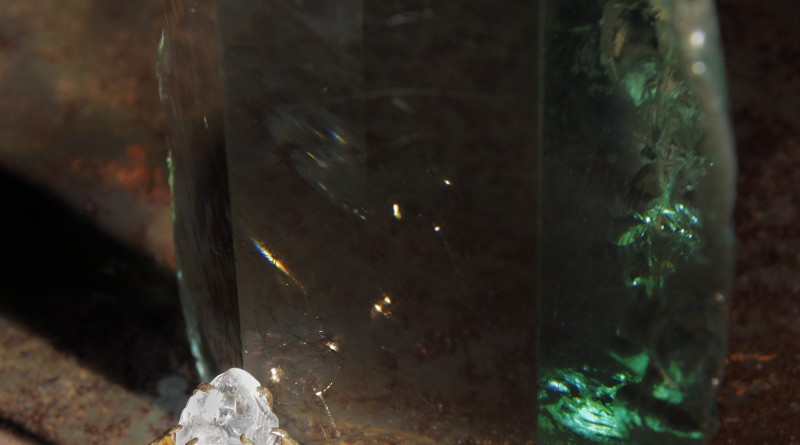 Henriques had one of the glass splinters that was lodged in his face removed and made into a ring for his wife, Rose.

ALBERT BAKER – TANK CORPS LEGEND: During the Battle of Cambrai in 1917, in which tanks were used for the first time in large numbers, Baker was in command of a Mark IV during an advance on the village of Graincourt. British tanks were taking considerable damage from a gun battery in the village, so Baker’s tank in partnership with another destroyed one gun and saw off the crew of the other – capturing the gun intact. For this action, which allowed the infantry to capture the village, Baker was awarded his second Military Cross. After the war Baker returned to his pre-war profession in Uttoxeter as an analytical chemist but he remained a prominent figure in the Tank Corps.

CYRIL COLES – A DORSET RECRUIT: Born and raised in Dorset, Coles enlisted in the army in February 1916. Five months later, on 15 September 1916 he took part in the first tank attack in history, where he was one of the eight man crew of tank D15. During the attack, his tank became stuck and was disabled by enemy fire in no man’s land. As the crew bailed out under heavy machine gun fire, Coles was shot and killed. He was one of the first tank crewmen to be killed in action. His picture still hangs today in Skinner Street United Reformed Church, Poole, where he was once part of the congregation.

SYDNEY HADLEY – A TEENAGE TANK COMMANDER: Hadley, of Birmingham, was made a tank commander whilst still a teenager, seeing action for the first time in his Mark V tank at the battle of Amiens in August 1918. Supporting the Australian Infantry in September 1918, his battalion came under heavy artillery fire when the mist that shrouded their advance suddenly cleared. Hadley’s tank suffered a direct hit, which killed his crew and left him badly wounded. He survived, but was blinded in one eye and carried shrapnel in his body for the rest of his life.

BASIL HENRIQUES – SOLDIER AND PHILANTHROPIST: An Oxford graduate, Henriques was working as a social worker and running a Jewish youth club in the East End of London in 1915 when he volunteered for the Army. Here he met George Macpherson, with whom he developed a strong bond. They both joined the Tank Corps and participated in the first tank attack in history as commanders of Mark I tanks on 15 September 1915. Henriques was wounded in the attack when a glass vision prism was smashed by a bullet, blasting splinters into his face. Sadly, George died in the attack and there is circumstantial evidence to suggest he committed suicide. Henriques struggled to cope without his friend and suffered a breakdown. He survived the war and returned to social and community work after the war for which he was knighted in 1955. A Street in Whitechapel is named in his honour.

ELLIOT HOTBLACK – AN INSPIRATION TO ALL RANKS: From a family of Norfolk brewers, Hotblack’s education and skill as a linguist saw him gravitate to the fledgling Intelligence Corps on volunteering for the Army. Later, as a Tank Corps intelligence officer he pioneered the art of tank reconnaissance and intelligence using aerial photography, captured documents and the interrogation of prisoners. Not one to shy away from front line duties, he personally taped the routes for tanks going in to battle as a visual aid for drivers to follow in the dark; map reading inside tanks being too difficult. Hotblack, who was decorated on numerous occasions for heroism under fire and active participation in battle, was much-loved by his soldiers and described by his superiors as an `inspiration to all ranks`. After the war, Hotblack stayed in the Tank Corps and eventually reached the rank of Major-General. He went to Berlin as the British Military Attaché in the 1930’s and was ready to take command during the Second World War when he suffered an accident and was invalided out of the Army.

WALTER RATCLIFFE – COOL UNDER FIRE: After the success of Cambrai, the Tank Corps was expanded. The army was combed for soldiers who were physically and intellectually suitable for tank training. Among them was Ratcliffe, of Suffolk, who had joined the army in 1915. He joined a badly depleted 9th Battalion and as a Sergeant was given command of a tank in September 1918. Taking part in an attack near Bellenglise, Ratcliffe was manoeuvring to avoid artillery fire when his tank was hit. One of his crew was killed and four were wounded. Ratcliffe moved three of the wounded men to safety under heavy fire and remained with the seriously injured fourth soldier through the night. For his bravery, he was awarded the Military Medal. After the war he returned to Bergholt where he lived and worked as a builder for the rest of his life.

ARCHIE SMITH – SON, BROTHER, GUNNER: Smith, of Buckinghamshire, was already an experienced veteran of the Machine Gun Corps when he transferred to the Tank Corps as a gunner and seeing action at Passchendaele, Arras, Messines and Cambrai. Whilst away, he kept up a regular correspondence with his family, particular his sister Lilah, of whom he kept a photograph in his breast pocket along with a prayer book. At the battle of Amiens, in which 600 tanks took part, Smiths tank was hit by shellfire and burst into flames. All the crew, including Smith were killed. From his body, his charred prayer book and photo of his sister were recovered. After the war, the YMCA helped pay for his mother and sister to visit his grave.