New light has been thrown on one of the most significant buildings in Stratford-upon-Avon, Shakespeare’s Schoolroom & Guildhall, following a study of its medieval symbolic decorations by architectural historian Dr Jonathan Foyle.

The revelations include the confirmation that amongst the building’s internal wall paintings are the remains of a depiction of the Last Supper; a discovery of ‘international importance’. Fragments of this painting can still be seen, located in what is now known as the Master’s Chamber, built as the South Wing in the 1420s. 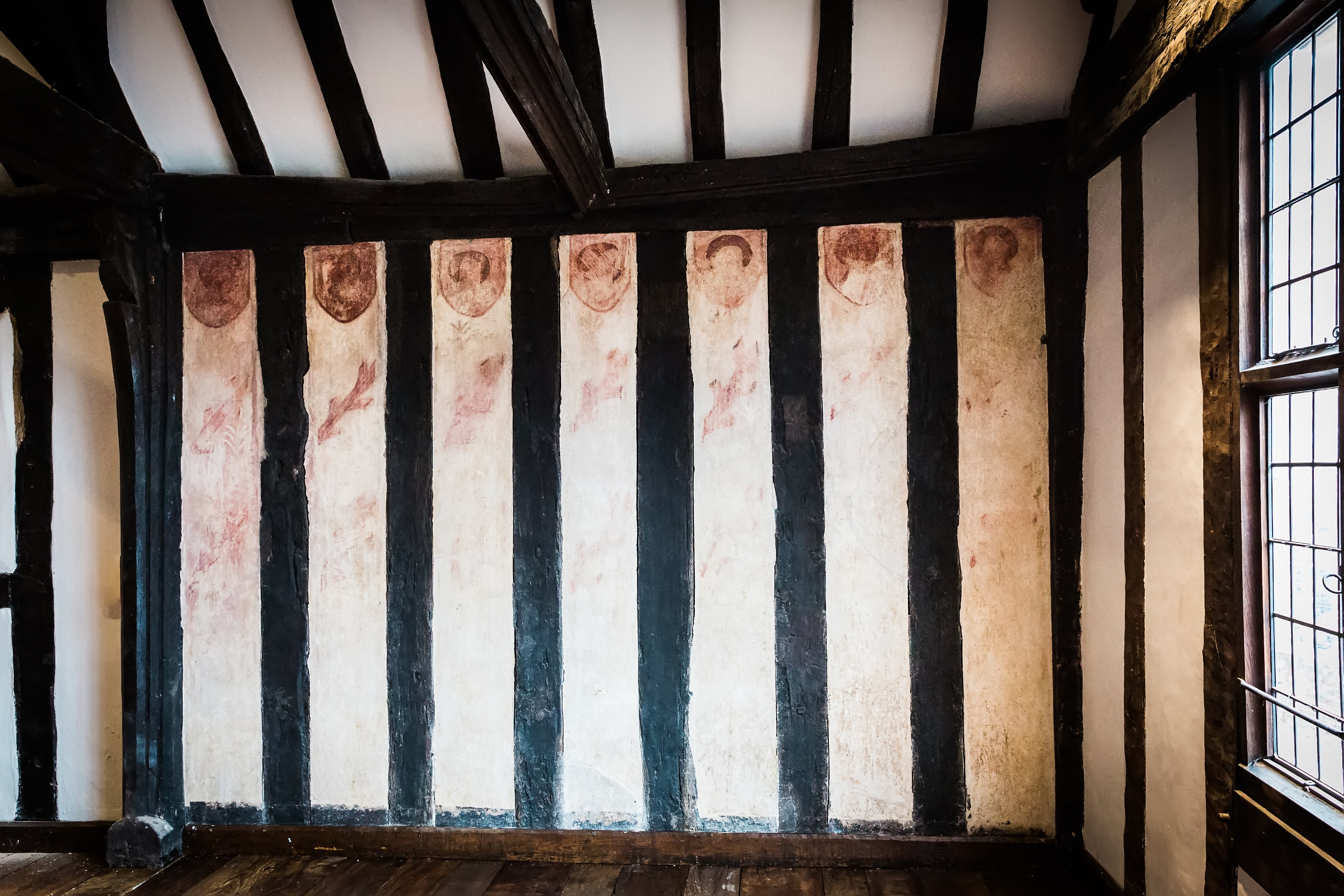 Dr Jonathan Foyle, architectural historian and broadcaster, said of the discovery: ‘This places Shakespeare’s Schoolroom & Guildhall among the many European guilds, confraternities and monasteries who express their religious brotherhood through enactments of the Last Supper.

'Fine examples of mural paintings of this theme can be seen in the refectories of 15th century Florence, but the most famous is Leonardo da Vinci’s version in the refectory of the convent of Santa Maria delle Grazie in Milan, painted half a century after Stratford-upon-Avon’s simple scheme.’

To give visitors a greater indication of what the wall painting in the Priests’ Chapel would once have looked like, Jonathan has created an original painting. This will be presented at the historic site alongside a film that tells of the story of the painting, which at the end enables visitors to see the remains of the original wall painting.