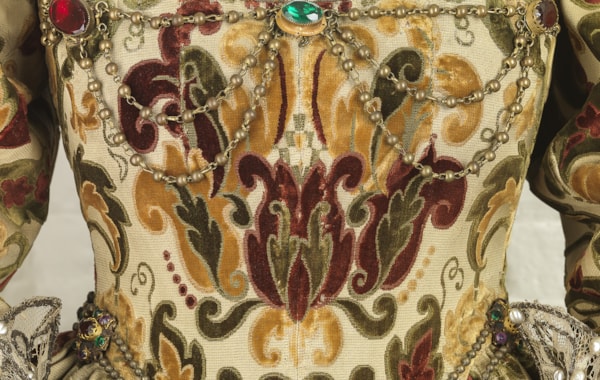 Actress Ellen Terry was an A-list celebrity of the Victorian age, her technique was a forerunner to method acting, and at the height of her fame she was earning the equivalent today of thousands of pounds each week.

Now, costumes and memorabilia relating to one of her most acclaimed roles, in  Shakespeare’s Much Ado About Nothing in 1882, are going on display together for the first time at her former home, Smallhythe Place in Kent, cared for by the National Trust.

The new display comes as actress Joanna Lumley is welcomed as patron of the property’s Barn Theatre, which was created in the grounds by Ellen Terry’s daughter in 1929 following her mother’s death.

As the leading actress of her generation, Ellen Terry appeared for over two decades at London’s Lyceum Theatre. With her co-star, the actor-manager Henry Irving, they delighted audiences with their portrayals of some of the greatest Shakespearean couples.

A mega-star of her time

Smallhythe Place was her retreat from the pressures of fame and now displays many of her personal possessions and theatre costumes. 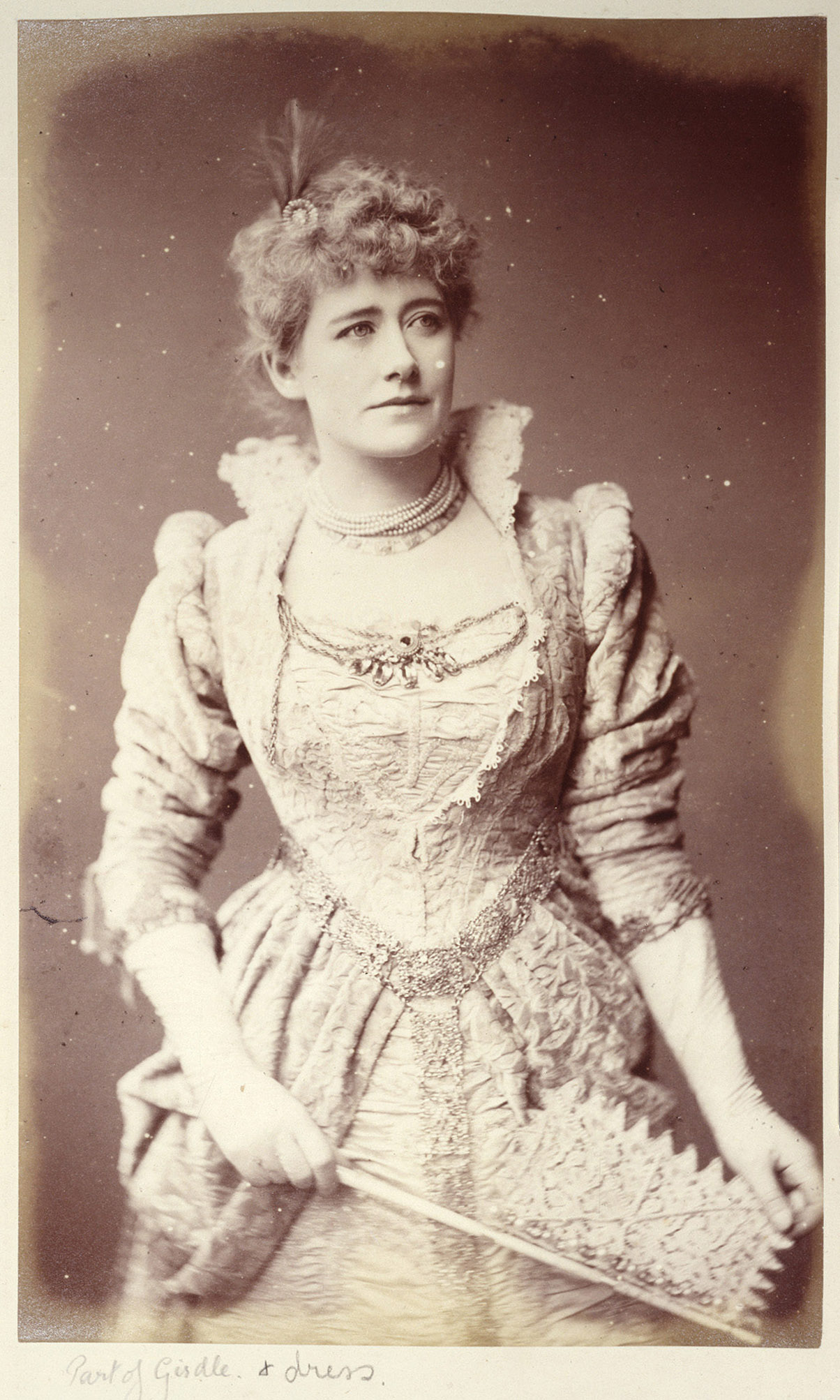 Susannah Mayor, senior house steward, explains: “Ellen was a megastar in her time, mobbed by fans wherever she went, receiving the kind of adulation that is more commonly associated years later with the great names of Hollywood.

“Her popularity owed much to her tremendous stage presence; she was an instinctive, emotional actress, who painstakingly researched her characters and their motivations, bringing a truth and depth to her performances long before method acting was recognised as a technique.

“Her stage costumes were a vital part of that process, and she was closely involved in their design, seeing them as integral to evoking the personalities of the women she was portraying.”

Two of the costumes from Much Ado About Nothing, in sumptuous gold velvet, worn by Ellen and Henry Irving from the wedding scene, are being shown against a backdrop reproducing the famous church set. 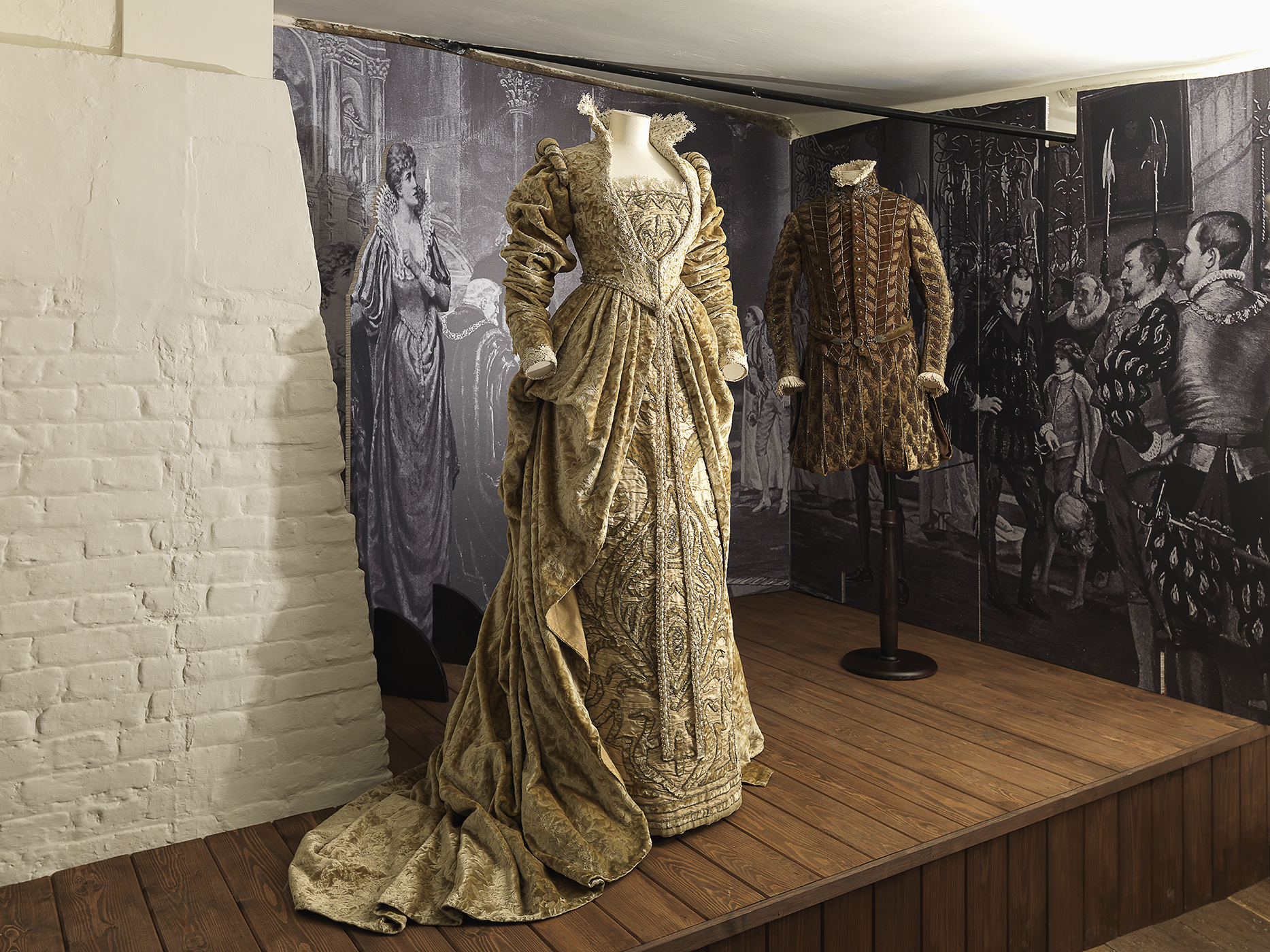 The third costume, in elaborate floral brocade and velvet, with feather fan, was worn by Ellen in another scene from the production and is shown in a dressing room setting.

The costumes are being displayed after 15 years in storage. Meticulous conservation has been undertaken by specialist Zenzie Tinker and her team which has included supporting fragile areas of the clothing, careful cleaning of cuffs and collars and re-attaching loose embellishments such as pearls and beads.