Can you believe it; our photo dating expert Jayne Shrimpton has been writing regular photograph columns and family photo/fashion

Can you believe it; our photo dating expert Jayne Shrimpton has been writing regular photograph columns and family photo/fashion history features for family history magazines for 10 years – where has the time gone?! She began with a regular photo dating column in Family Tree’s sister title Practical Family History (sadly no longer published) in April 2006 and first featured in Family Tree in the August 2007 issue.

We and our readers are so grateful to Jayne for her help and expertise and look forward to including her fascinating insights into the clues contained in our family photos for many more years to come.

For a full list of Jayne’s books, articles and contributions, visit http://www.jayneshrimpton.co.uk/publications.html.

If you would like to purchase a back issue, digital editions are available at Pocketmags.com.

As we receive so many photos for Jayne to analyse, we cannot possibly include them all in the magazine. However, Jayne has kindly helped three readers date their family pictures below. 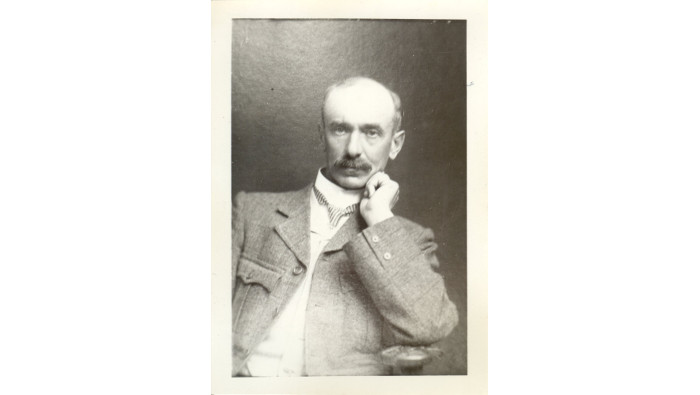 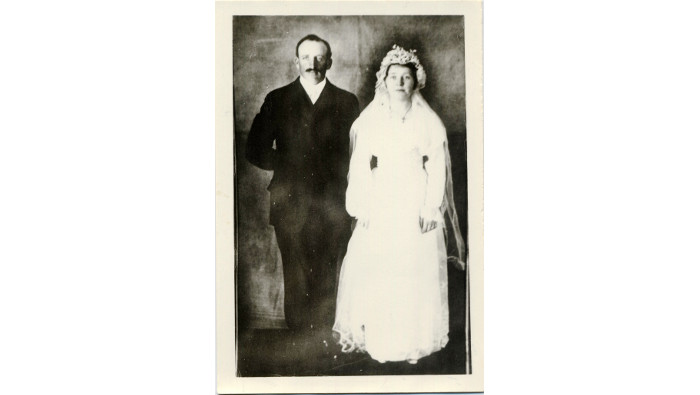 Q: Here is a puzzle from a set of Californian family photos. The single male photograph represents Edward Alfred Conder (identified as Ted Conder on the back), b1865 in Ipswich, Suffolk, who married Emily Kate Hatten in St Pancras, London, in Mar qtr 1904. Emily Kate was born in Witnesham, near Ipswich, in 1878. There are quite a few records of them on Findmypast. On 2 Nov 1904 they sailed for Melbourne on board the SS “Afric”, and spent the rest of their lives in Australia. I have not found any records of children. In 1931 Edward Alfred Conder, aged 65, was killed in Melbourne by an electric tram. This is possibly him because the age is right. Emily Kate Conder died in Elwood, Melbourne, in 1958, aged 80. The wedding photo is unidentified and undated. However, the man might be the same. I’m sure Jayne can date the photo precisely from the clothing. This would be a find if they are the same, because there are no other photos identified as Emily Kate Hatten in these batches of photos.

A: The first photograph is a professional studio portrait – a very clear image showing a well-dressed man around the turn of the 20th century. The high standing starched shirt collar and knotted tie date to the late-1890s or early-1900s and, unusually, he wears these with a relatively casual/sporty jacket in the Norfolk style. He looks to be middle-aged, perhaps because his hair is thinning significantly and rather prematurely, if he is indeed Edward, born in 1865. Perhaps this was his milestone 40th birthday portrait dating from 1905.

The second picture displays an unusual two-dimensional image quality, which makes it hard to discern the dress details as well as we need to establish a close time frame. The date is broadly early 20th century, although the bride’s headdress appears unusual and the shape of her dress indistinct. Her neckline, revealing her throat, should make the date at least 1910, and as far as I can see, the man’s jacket lapels are early 1900s or early 1910s. Therefore I would suggest a date range of c1905-1914, to cover all possible years. Looks-wise and date-wise, I’m not convinced that the man can be Edward again, so you may need to reconsider whose wedding this is. 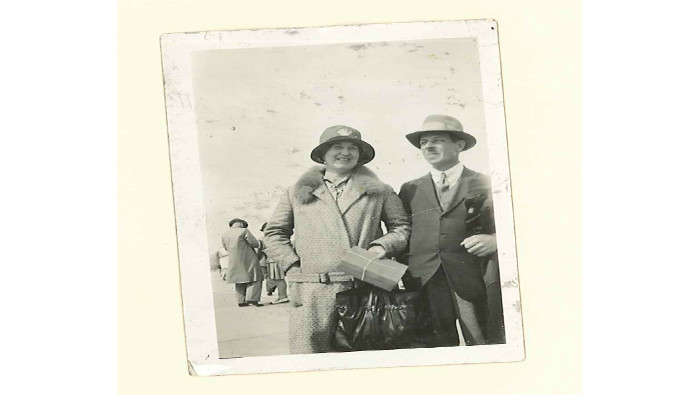 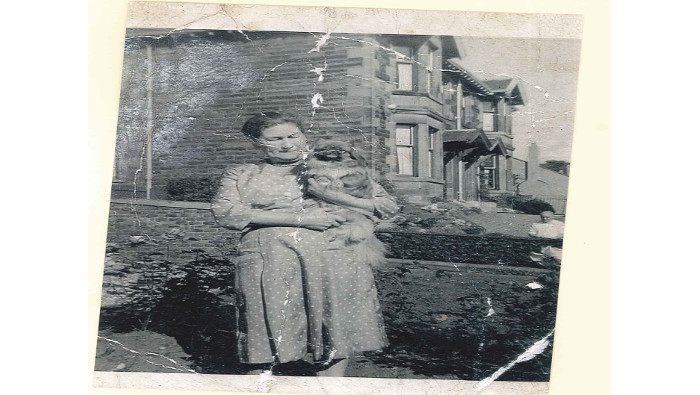 Photos sent in by Pamela Pugh

The first photograph here, an amateur snapshot, is labelled on the back ‘Pam’s grandparents’. I’m not sure whether you know who these people were, but their image dates to the late 1920s or beginning of the 1930s – c1927-1932. This is confirmed by the fashion evidence, especially the lady’s slender coat with deep fur collar and her cloche hat – a 1920s style that drifted on into the early 1930s. The wide trousers worn by the man in the background also confirm an end-of-’20s or 1930s date.

The second photograph does not appear to be annotated and this is another amateur snapshot, this time taken at home, as we see from the houses and gardens. These photographs can be hard to date very closely as everyday clothes of the 1930s-1950s can sometimes look similar in style. The lady’s short hemline and plainly-styled bodice could suggest a WW2-era date, but to keep all options open, I would suggest a date range between the late 1930s and about 1950. I believe she and the man to the right could be the same people as we saw in the first image, photographed here some years later. 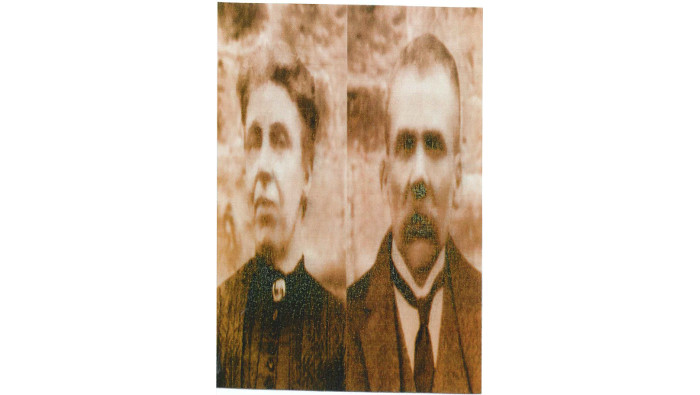 A:  We cannot see very much detail in these tiny photographs, cut down to fit inside the locket, but the evidence of dress, such as it is, indicates they were taken at the beginning of the 20th century. The lady’s high-necked bodice with panelled or tucked front appears to be early Edwardian. The man wears the high starched shirt collar and long knotted tie combination popular in the late 1890s and early 1900s – so their date is probably very early 1900s. As far as I can tell, they look to be aged in their 40s or thereabouts, which seems to confirm your theory – that they are your great-grandparents, born in 1854 and 1860.