Brightsolid, owner of family history websites findmypast, ScotlandsPeople and GenesReunited, has entered the US genealogy market

Brightsolid, owner of family history websites findmypast, ScotlandsPeople and GenesReunited, has entered the US genealogy market with the pay-as-you-go site www.censusrecords.com, and will launch www.findmypast.com later in the year.

There have been rumours on a number of blogs about brightsolid’s ideas for the US, and now Family Tree can confirm the company’s official plans.

The new site will let customers search all US census records from 1790 to 1930, and will host the 1940 US Census records when they are released later this year. 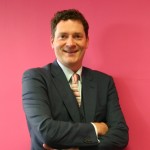 The site was officially announced by Chris van der Kuyl, CEO of brightsolid, at the RootsTech 2012 conference in Salt Lake City, USA on 2 February, although a US blogger had already broken the company’s embargo and released details of the site several days earlier.

Censusrecords.com is the first genealogy site in the US to give customers access to census records on either a pay-as-you-go basis or via subscription, which is currently the only choice offered by other US sites.

Every visitor to censusrecords.com will be able to search for free. Customers wanting to view documents, and download them to their computer to keep and access later, will then have the option of either taking out a subscription or buying pay-as-you-go credits, starting at $7.95 for 1,000 credits. Credits can be used over multiple visits and expire after 60 days. Users will be notified 14 days before credits expire. The number of credits required for a record varies (from 1 to 50 credits) depending on the type of record you want to purchase. The site currently only has transcriptions available, with images coming soon. Available transcriptions for the 1790 to 1840 censuses currently require no credits, but available transcriptions for later censuses are all priced at 50 credits.

The site has been launched as an early beta version, with brightsolid inviting user feedback and suggestions.

Findmypast.com will be launched later in the year and will become the company’s flagship American brand, joining the findmypast family in the UK, Ireland and Australia.

Findmypast.com is already working with Archives.com and FamilySearch as part of the 1940 US Census Community Project (www.the1940census.com), which aims to make the census searchable as quickly as possible after its release in April 2012. The completion of the project will allow anyone to search for their ancestors in the 1940 US census for free online.