A quest to return lost photos from World War II Matthew Smaldon talks to Family Tree magazine about his quest to return wartime photos to their families.

Matthew Smaldon talks to Family Tree magazine about his quest to return wartime photos to their families.

In the autumn of 2015, I purchased a group of photos from an auction site. I regularly pick up old photos and postcards from flea markets, collectible shops and auctions, and my main area of interest is in photos from World War II.

What particularly caught my attention with this group was that they were all labelled with the names of the men in the photos.  This was unusual, and offered a great research opportunity.

I received the photos, and examined them carefully. They were mostly postcard sized portrait photos, taken in studios across the UK, and one in Belgium. They were all labelled in the same way, presumably for an exhibition of some type. I also noticed that some of the photos had writing on the back, one had a poem, and then I discovered that one had a clear mark ‘Please return’. Sadly, for some unknown reason, that had not occurred.

At this point, I wondered - would be possible to reunite these photos with their owners, or more likely their families? I had not tried this before, but I fancied the challenge of researching these men, and exploring the possibility of returning the photos.

A quick check on the Commonwealth War Graves Commission website confirmed that none of these men lost their lives during the war. A note on the back of one of the photos mentioned Fleetwood, and a search on Google brought up a story about the wartime experiences of one of the men (Cyril Paley) who also resided in the same area. So I made the assumption that these men must have been from the Fleetwood area of Lancashire. I live in Oxfordshire, and I have no contacts in Fleetwood, but at least I had a starting point. I sent a couple of emails to sites which mentioned two of the men, but received no responses.

At this point I decided to turn to the history forums I mentioned - WW2 Talk and Rootschat. In response to one of the posts on WW2 Talk, I was contacted by Diane Everett, an ex-resident of Fleetwood who now lives in Cape Town, South Africa. Diane is a member of the Fleetwood's Past Facebook group, and she posted a request to that group. This was really the turning point, as Diane’s post elicited a number of responses, and three photos were returned to family members.

At the same time I tried another approach, and contacted Fleetwood Weekly News. They kindly put out two stories, which resulted in a number of people coming forward and four more photographs were claimed by families.

I received an exciting response from David Swarbrick. One of the photos was of his father, Fred, and he was still alive. Living in Fleetwood, Mr Swarbrick served with the Army in India during the war. The Fleetwood paper later did a feature which included a photo of Mr Swarbrick with the returned photograph, which was fantastic.

Since that time, another three photos have been returned. The most recent one was sent to the grandson of Frank Fielding, who contacted me from California.

I recently posted an update on my blog and have also been active on Twitter which has helped to share the message.

In total, ten photos have now been returned to the families of the men. There are a couple of potential leads to return two more, so hopefully this number will increase soon. I would like to particularly thank Diane who has been instrumental in returning many of the photos so far. 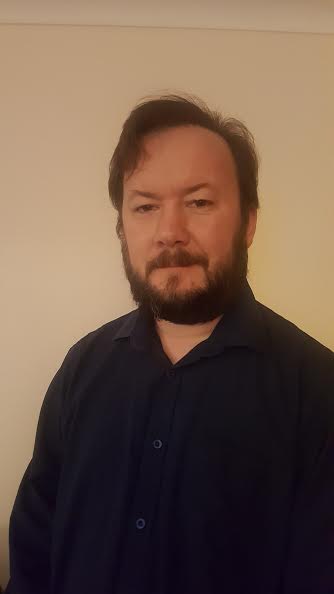 Can you help return the other photos?

I still have 13 photos (in the gallery above) which are waiting for family members to claim them, and I am aware that many families may have moved away from the Fleetwood area now.

If anyone recognises any of the men, please do get in contact. I am very happy to reunite photos with the families of the men - and perhaps even return them to the men in the photo themselves.