Family photos hidden in the roof in the 1920s have been discovered during the major roof repairs at Killerton House, inspiring a time capsule

A collection of 100-year-old camera negatives have been discovered hidden inside the roof of Killerton House in Devon, having possibly being left there as a time capsule.

A collection of 100-year-old camera negatives have been discovered hidden inside the roof of Killerton House in Devon, having possibly being left there as a time capsule.

The photos were found during repairs to the roof of the house, and it is thought that Sir Francis Acland, a Liberal MP, and his wife Eleanor Acland concealed the negatives during repairs to the roof almost a century ago. Almost half have been carefully photographed by a volunteer.
Among the photos discovered by the National Trust, which cares for Killerton House, are images of family pets, foreign travels and a young Sir Richard Acland in knitted swimwear and rubber ring, about to take a dip in what is thought to be the river near Columbjohn on the estate. Sir Richard left the Killerton Estate in the care of the National Trust in 1944.
Join the Family Tree community
Follow us on facebook
Follow us on twitter
Sign up for our free e-newsletter
Discover Family Tree magazine​
Gareth Fear, carpenter for Ken Biggs, said: “The negatives were tucked away between roof rafters. We’ve found loads of things when stripping the roof – cigarette packets, a bit of newspaper from 1874 and handwritten notes and sketches. It’s always nice to find things – it’s a snapshot in time.” 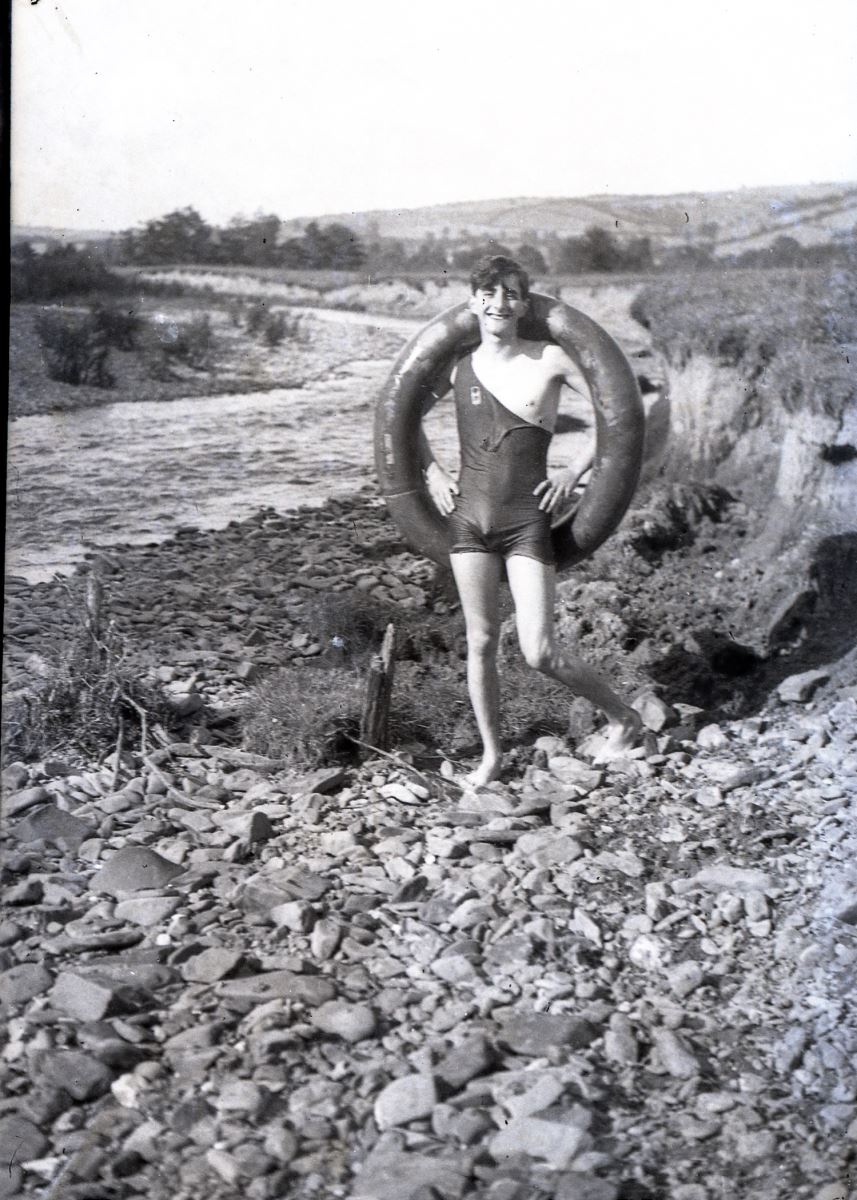 Bryony Wilde, Project Officer at the 18th-century house, said “During their own roof works we think the Acland’s at the time decided to leave a legacy of their memories, and it’s so exciting that we’ve made this discovery during the current restoration of the roof.”
Call for time capsule submissions
Inspired by this discovery, the team at Killerton are asking the public to send in their own images and memories of Killerton to be included in the memory book that will be placed inside a time capsule that will be sealed inside the roof void by construction workers later this month. It is very likely to remain in situ until the roof needs replacing, expected to be in around 80 to 100 years’ time.
Bryony added: “The Aclands have inspired us to follow their example. This is a thrilling opportunity and we’d love people to be a part of it. So many people love Killerton – it’s exciting that people in 100 years’ time will be able to read why this place is so special to us today and why we're protecting the building for future generations to enjoy”.
Submissions of memories for the time capsule can be made by visiting the link below or by email or post to Killerton. The public have until Monday 24 July 2017 to submit and soon afterwards the time capsule will be placed inside the roof. Copies of the Acland’s 1920s photos will be included and returned to the roof.

To submit a photo or memory, write to: Killerton House, Broadclyst, EX5 3LE or email.