Christine Chaney belongs to a small cultural organised which has organised a successful WWI day, and now has plans to put on an event to tell people about the history of WW2 as well. So good was the first day, that it reminds us all that members of even a small association can come up with interesting and moving stories to be told.

Christine Chaney had been stressed out of her mind in the run-up to the WW1 day she was involved with, but fortunately, it went off really well and both speakers and audience were happy. Read on to find out the events unfolded, and perhaps it will inspire you to organise an event of your own...

We belong to a small association called Amicale Culturelle Européenne which is based in La Manche, France, with 56 members of seven different nationalities: American, Belgian, British, Dutch, French, German and Swedish. We organise all sorts of events and outings (approximately 24 a year) and in 2015, two members called Christine (one of whom is me) had a brainwave: why not organise a WW1 day about the impact of the war on members’ grandfathers and their families.

By the time we were ready to roll, we had six speakers (one member coming from the UK for the day and one guest speaker from Dieppe), an introductory film, five Powerpoint presentations, two bilingual presentations, three presentations in French and two in English (with handouts in French). The many hours of organisation, checking and testing of video and computer equipment paid off as there wasn’t a single hitch on the day (what a relief!). The countless hours of speakers’ research, preparation of talks, battling with Powerpoints and rehearsals had also paid off as the mixed French and English speaking audience of 35 listened fascinated throughout the day.

The program was varied and an introductory film, beautifully narrated by Greg Briarty, was followed by a bilingual presentation of militaria by Michael Yannaghas who impressively gave us technical facts and figures in both French and English. He also demonstrated a Lee-Enfield rifle cut-away breech mechanism training aid and showed us an ammunition factory sample bullet display. Militaria and documents were on display throughout the day. Michael is the curator of the Chapelle de La Madeleine, a memorial to the 29th and 35th US divisions which freed the town of Saint Lô in Normandy after the D-Day Landings.

John Condon led us into unexpected and fascinating territory as we followed his grandfather, De Vere Condon, who was a doctor, during the war years on the Afghan front in Baloutchistan and in Seistan in Persia, while his two children were in Italy and his wife was probably in Kashmir. His experiences as the main doctor of the Shiraz Column during these war years merit their own article so I’ll just mention De Vere’s role in trying to save Captain Wittkugel on Christmas day 1916 at the Pass of the Old Hag. John’s excellent slides (prepared with the help of his daughter Rosie) transported us all the way from a quiet village hall to the mountains and heat of Persia. 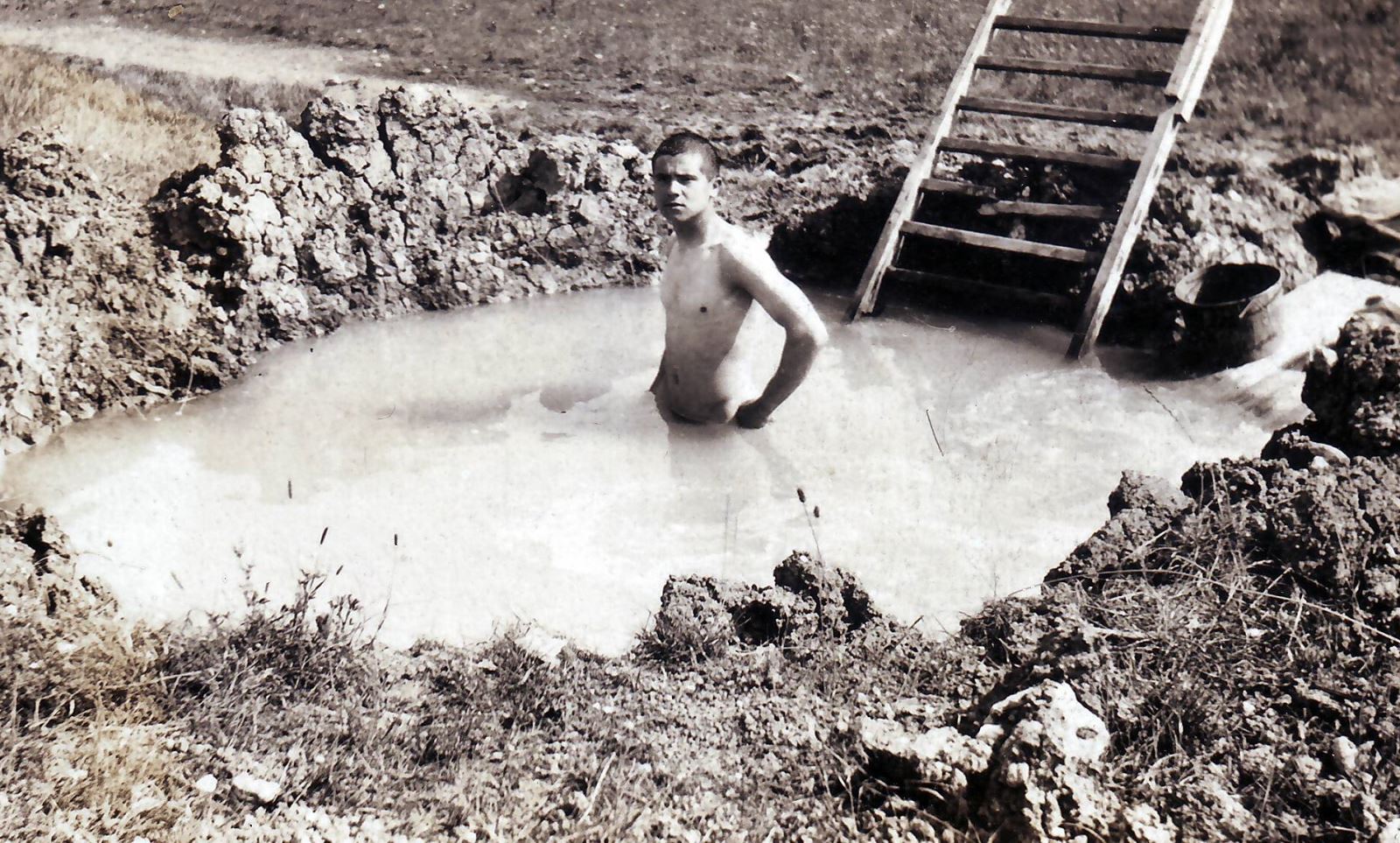 Among those who presented their French families, we had Christine Bisson whose maternal grandfather was only 18 when he was called up. During the war, he took an amazing series of photographs of soldiers, military equipment, tanks and cannons, such photography being strictly forbidden at the time. The quality of the photographs is exceptional and we were privileged to be the very first members of the public to see these. Michael’s technical expertise had helped Christine to identify the equipment. Despite the seriousness of the subject, Christine’s touches of humour lightened the atmosphere and when she showed us camouflaged tents, she joked about the start of her grandfather’s lifelong passion for going camping. Christine also spoke about her paternal grandfather and grandmother, the latter being one of the many women who had to replace male teachers in the schools of France despite never having received any teacher training.

Yves Tournier spoke of his grandfather, Edmond Tournier, a stretcher bearer who was made prisoner at Verdun. During his year’s captivity, he wrote a diary which Yves and his brother discovered amongst their father’s effects when he died. Published three years ago, it is very well written, easy to read and gives a valuable insight into the feelings and reactions of a soldier in captivity being moved from camp to camp. As a stretcher bearer, Edmond was supposed to be dispensed from forced labour but, despite the risks, he had to dig his heels in and refuse several times to obey orders to work in the fields or on the roads.

While researching for my own presentation, I discovered even more about a “shameful” (in those days) family secret with its impact on my maternal grandparents and family. The audience heard about my grandfather Victor from Savoie, France, and his powerful urge to help everyone, friends, family, acquaintances, strangers and animals. Invalided out of the Army after losing his right eye while saving a wounded soldier, he went on to marry my pregnant grandmother whose fiancé had died on the Front. This was a time when being pregnant and unmarried was worse than killing mother, father, brother or sister, but that was certainly not going to stop Victor if he could once again help someone.

Derry Bancroft spoke movingly about Théo Maupas from La Manche, one of the 600 French soldiers who were executed for refusing to obey an order to go out of the trenches to certain death, and the fight by his widow for his rehabilitation. Several of us were moved to tears when his very last letter was read out.

This successful day went to show that members of even a small association can come up with interesting and moving stories to be told.

At times in the run-up to our WW1 day when Powerpoints failed to arrive by email or arrived with photos missing, or when the film started doing weird and worrying things, I swore “Never again!” but the very next day we two Christines started planning a WW2 day for 2019.

Christine Chaney is half French and half English and lives in Normandy. She has been researching and writing the history of her French grandmother’s village in Savoie over the last 20 years and she is looking forward to retirement this year in order to put it into book form. She also wants to continue her family tree research on both sides of the channel and to make videos, a recent interest.