The Vivid-Pix® Memory Station one-click scanner/software bundle is described as the easiest way to digitise, restore, and save precious print images at home, library, or community centres without sending them to a scanning service. Memory Station provides supreme simplicity to bring printed photos and documents back to life for future generations.

Digitise and save your photos at home, a library or community centre

With Memory Station, there's no need to risk sending your precious photos by mail to a service to save and protect your cherished memories. Memory Station provides fast, one-click ease of use and is available directly through Vivid-Pix.

Don't store your memories in a shoebox!

Rick Voight, CEO, Vivid-Pix, said: 'For over a century, we’ve taken pictures. Unfortunately, these memories are often stored in shoeboxes and albums – never to see the light of day or shared. This is not why we took photos. But it’s a chore to scan and do more with these treasured keepsakes. Right? Not anymore!'

The Vivid-Pix Memory Station is a simple one-click solution. 'Simply press the blue scanner button and digitize up to 10 images at one time. After saving, just open Vivid-Pix’s patented RESTORE software and click a button to automatically fix color, black and white, and sepia photos and documents to vibrantly bring them back to life,' said Michael Sidejas, Director of Product Management, ScanSnap, Fujitsu Computer Products of America.

Vivid-Pix piloted the Memory Station at two of the most prestigious locations in the United States: The Genealogy Center at Allen County Public Library in Fort Wayne, Indiana (the largest genealogy center in a public library in America) and the Thrive Center in Louisville, Kentucky (a nationally recognised technology testing location for health organizations). 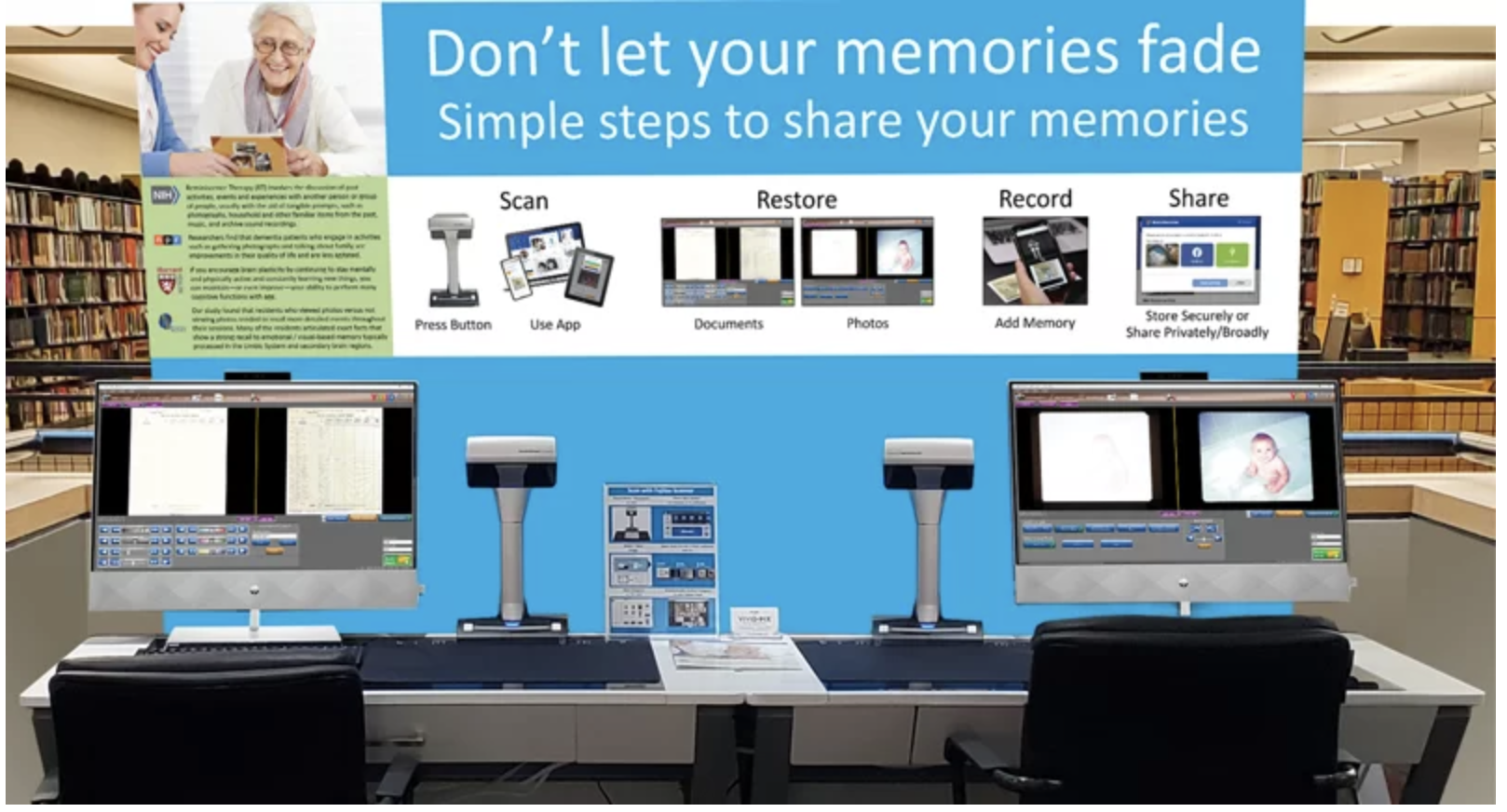 Curt Witcher, Director of Special Collections and Genealogy Center Manager, said, 'When Rick described the Memory Station and how it can help our patrons as well as the community, we immediately understood and wanted to participate. We’ve gotten to know Vivid-Pix well over the past few years. Their willingness to listen to patrons, family historians, and library ideas, and then adapt their product to these desires has been refreshing and collaborative.'

Sheri Rose, CEO/Executive Director, Thrive Center, stated, 'Thrive Center is a nationally recognized technology testing location to assist individuals, caregivers, and living facilities. The Vivid-Pix Memory Station is a wonderful way for older adults to reminisce and relive a lifetime of memories and joy. This is the second solution that Vivid-Pix has installed in our facility. Its ease of use makes it a great way for individuals and organizations to reminisce and reconnect with loved ones.'