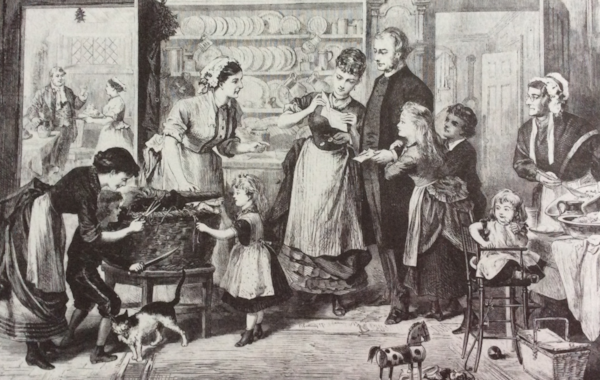 The Festive Fun answers
If you’ve not yet done the quiz and the crossword on page 48 of the Christmas issue of Family Tree magazine – no peeking!
But if you have, please find the answers to see how you got on.

Quiz answers
1 The first police force who were named after Sir Robert Peel.
2 The Indian Ocean
3 Isabella
4 Quakers
5 1843
6 His Chancellor, Cardinal Wolsey
7 Scotland
8 Queen Victoria died on 22 January 1901
9 The Great Fire of London
10 The Victoria Cross
11 Belgium
12 It is a Memorial to the Missing in Ypres, dedicted to the  British and Commonwealth soldiers killed there during World War One and whose graves are unknown.
13 A lighterman navigated a shallow draft boat, like a barge, called a lighter transporting goods up and down rivers or canals.
14 Deoxyribonucleic acid
15 A huckster sold small items in a shop or a stall on a street.
16 They left no will.
17 First cousin once removed.
18  John.
19 Smallpox
20 The House of Lancaster

Dear readers, we’re extremely sorry for the mistake to the numbering in the crossword of the Christmas issue. If you would still like to tackle the crossword, you can find the correctly numbered questions below. To find the answers, please scroll further down the web page.

7. When the weather was exceptionally cold Frost Fairs were held here in London.

11. A person employed to look after the horses of people staying at an inn.

12. Which leader in the 17th century banned Christmas pudding and mince pies?

14. What particular kind of prisoners were historically held in the Fleet prison?

15. Who gave the Statue of Liberty as a Christmas gift to the United States of America in 1886?

18. The ‘Feast of Stephen’ is better known as what?

19. What is the name given to the manager of an estate?

1. Which small citrus fruit, associated with Tangiers in Morocco, is popular at this time of year?

2. A London sweetmaker, Tom Smith, created this festive feature on our tables in 1847, what were they?

3. Another name for Christmas.

4. In Victorian times who were called ‘robins’ because of their red uniform?

5. The name ‘Santa Claus’ comes from a Christian bishop named St Nicholas who lived in a country that is now known as what?

6. Which pagan festival was celebrated on December 25th?

8. The main character in Charles Dickens’ novel, A Christmas Carol.

10. Who live in the Chelsea Hospital, Greenwich?

13. What is another name for almond paste?

17. Which artist is famous for his sketches of ‘gin swillers’ in London in the mid-18th century?