Making a Living in the Past Giles Kristian, who is half-Norwegian, was inspired by his family history to write his first historical novels: the acclaimed and bestselling RAVEN Viking trilogy – Blood Eye, Sons of Thunder and Odin’s Wolves.

For his next series, he drew on a long-held fascination with the English Civil War to chart the fortunes of a family divided by this brutal conflict in The Bleeding Land and Brothers’ Fury. In The Rise of Sigurd novels – God of Vengeance, Winter’s Fire, and Wings of the Storm – he returned to the world of the Vikings to tell the story of Sigurd and his celebrated fictional fellowship. His Sunday Times bestseller, Lancelot, is currently in development for TV with a major studio. His latest novel, Camelot, is out now in paperback.

Here Giles Kristian tells us more about how the past inspires his writing...

I’ve always felt the past whispering to me. I go about my life in the present, almost like a normal person, but I live with a constant feeling that I’ve inhabited other times. I wouldn’t say that I believe in reincarnation, but if science someday reveals that we can inherit memories or fragments of memories from our ancestors, as we inherit their physical characteristics, I won’t be at all surprised. When writing my historical novels, it sometimes feels as though I’m remembering rather than creating. Not particular events, but feelings and atmospheres. When readers say they felt as though they were there, experiencing events alongside my characters, well, that’s the greatest of compliments.

Different things can open these sensory portals to the past for me. It could be a change in the smell of the air in autumn, or the crackle of embers in a fire on a cold night, or the sound of Gregorian chant, or the rasping of rooks. Of course, it happens when I visit historical sites or get up close and personal with objects from the distant past. I can stand there for a very long time, just connecting with the environment or artifact. It’s like staring at a familiar face, trying to recall how I know them.

Giles Kristian is the author of 10 Historical Novels and one Crime Thriller Novel Where Blood Runs Cold. Find out more on his website: https://www.gileskristian.com/books

In 2015 I did a DNA test and the results confirmed what I already knew, that my heritage lies in northern England and Scandinavia (the green circles were all over Norway and Sweden). Well, no surprise there. My father was English and my mother is Norwegian. People have always said they can see the Norwegian in me, and I’ve certainly always felt that blood in my veins, running deep as the fjords on Norway’s west coast. As a child I spent many wonderful holidays in Norway, in the mountains skiing or on the coast messing about in boats and fishing for our supper. I would imagine longships slipping out into the fjords, their crews eager for adventure, their families waving goodbye from the rocks. Amongst the inlets and islands of a landscape which had changed little, my imagination was never still. Even the rocks themselves could transport me. I would hold my hand against one and wonder who had touched that same rock a thousand years ago. It was perhaps inevitable that my first published novel, Raven: Blood Eye, would be about a young man’s adventures as part of a Viking crew. That first book brought that crew to early 9th century England and the sequels saw them head south across the Channel and cut their way through the continent. I followed the Raven trilogy with the Rise of Sigurd series, which I set entirely in Norway.

As part of my research for the Sigurd books, I rowed the largest replica Viking ship built in modern times, putting Draken Harald Hårfagre through early sea trials off the island of Karmøy, near Haugesund on Norway’s south-west coast. I set God of Vengeance there, where Harald Fine Hair, first king of Norway, had his home. After that incredible experience I returned to my desk with a nose still full of the sweet, tarry scent of the pine resin that coated every inch of wood and rope aboard. My eyes were still wide with the beautiful, intricate knot-work carved on the sheer strake and prow. My mind’s horizon was all pine-bristled islands and sea, and so I poured it all into the books. 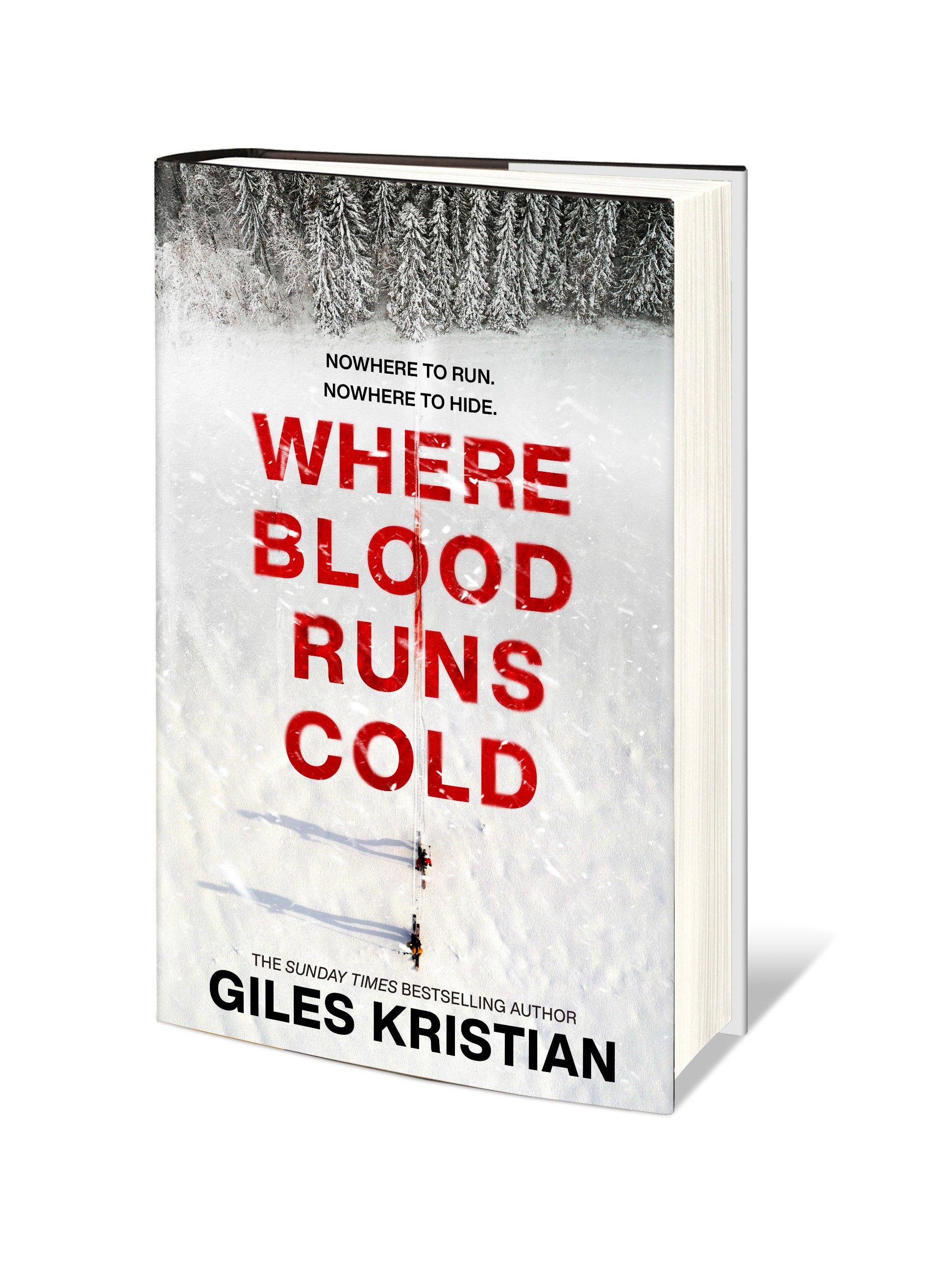 And now, Norway has inspired my new book, Where Blood Runs Cold, a thriller set in the Lyngen Alps of Norway’s Arctic North. A story that first started to weave in my mind 18 years ago when I undertook a cross-country skiing expedition on the Hardangervidda, a mountain plateau in central southern Norway, building igloos to sleep in along the way. As I skied through a moorland interrupted by numerous unseen lakes, streams and rivers covered in ice and snow, I started to wonder, what if a father and child were out here struggling to stay alive, not just because of the stark conditions, but because they were being relentlessly pursed?

Where Blood Runs Cold is a survival story about a man and his daughter who, having witnessed a murder, are forced to flee for their lives through the snowbound mountains, chased by perpetrators hell-bent on eliminating the only witnesses. But beneath the story of endurance and the instinctive will to survive is another story. Of a man already dealing with terrible loss, leaving the city behind and going into nature, and in a way going back in time. A man searching for his own soul. A father trying to come to terms with letting go.

‘The past is a foreign country,’ is the immortal first line of L.P. Hartley’s The Go-Between. For me, that country is Norway.

Giles Kristian is the author of 10 Historical Novels and one Crime Thriller Novel Where Blood Runs Cold. Find out more on his website: https://www.gileskristian.com/books