How to investigate your surname for family tree research June Terrington shares her expert tips for finding out more about a very precious family history clue - your surname.

June Terrington shares her expert tips for finding out more about a very precious family history clue - your surname.

Many of the family names we have today are centuries old, but often their origins are lost in time, and not immediately obvious. However, with a little investigation you can find out a great deal, which will help to shed wider light on the origins of the surnames on your family tree.

Our names are passed down generation to generation, but over the years they can morph, and this can create puzzles when we come to research our roots. Whether the changes are simply changes in spelling, due to lack of literacy, or decisive, deliberate alterations, as you trace your family surname back in time, don't be surprised if you come across significant variations in the spelling of family names.

Sometimes a name can be uncommon, such as my married surname Terrington - and rarity usually makes research easier.

Terrington is an English location name from the pretty village of Terrington in North Yorkshire. It is also said to have come from tiefran, the pagan practice of sorcery, which was supposed to defend against Viking invaders.

Other names such as Wilson, my maiden name, can be found commonly - in large numbers and in numerous places. The most common surnames in England and Wales are those such as Jones, Smith, Williams and Taylor. Visit Behind the Name to start exploring a list of the 500 most commonly occuring surnames in 1991. 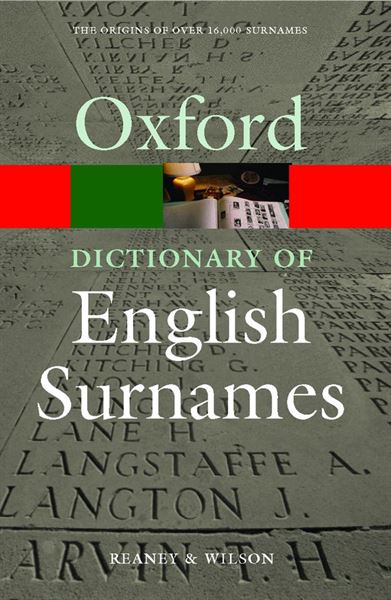 The family name can often given you a possible occupation in which that branch of the family was involved, or a location they may have come from years ago. Sometimes names were based on an ancestor's appearance or characteristics.

Having the same surname as someone else is no guarantee of a family connection. As you gather clues for your family tree, you'll build up family units and learn where your family came from. Surname DNA projects, such as ISOGG are working to establish connections between names and families.

Find out more about the origins of the surnames on your family tree with The Oxford Dictionary of English Surnames, a free gift worth £11.99 when you subscribe to Family Tree magazine on a UK direct debit.