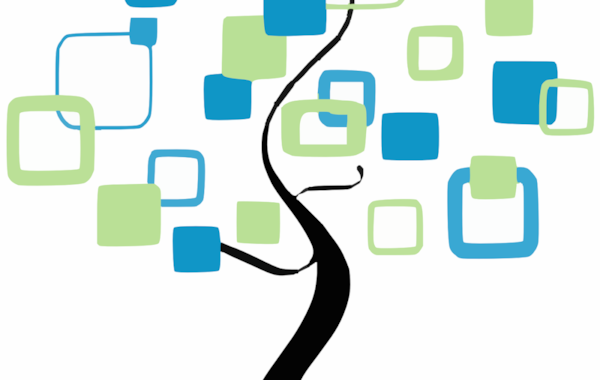 Give your family history research a real boost by exploring some of the key genealogy resources online – best of all, they're free! Start searching them for your ancestors today...

Expert genealogist Chris Paton picks out some of the key free genealogy workhorse websites available online for those tracing ancestors in England, Ireland, Scotland and Wales. Get searching today and see your online genealogy research flourish without parting with a penny...

Family history is an exciting hobby, but one which can be expensive if you don’t know the lie of land in terms of where to look for key resources. Here we are going to a look at some of the resources that cheer genealogists up the most – those that cost nothing to access! You’ll find some of the most useful free resources online, and discover how they can help with your research. Here are some of the best examples for research across the British Isles...

If you are starting out with your research for the first time, then FamilySearch is a site that you should bookmark from the outset, for this site is packed with parish records, censuses, and many other crucial resources.

Created by the Church of Jesus Christ of Latter-day Saints (the Mormon Church) to help its members fulfil a religious requirement to research their ancestry, the site is open to everyone to access, and hosts a range of digitised records and indexes from across the world.

In addition there is a free wiki site with lots of useful background information, free tutorial resources, a family tree hosting program, digitised ebooks, and just so much more. While most of its materials can be viewed at home, some can only be accessed at a local family history centre run by the church, but a visit there will also provide you with free access to subscription sites such as Findmypast and Ancestry.

Possibly the most important genealogical crowdsourcing endeavour in British history, the FreeBMD project was one of the first to ask volunteers to help make accessible the very indexes needed to order up civil birth, marriage and death certificates in England and Wales. With its sister projects FreeCEN, which aims to transcribe British censuses from 1841-1891, and FreeREG, for parish register transcriptions, it has also been one of the most meticulous projects in terms of the high standards set for the volunteer transcribing community.

FreeBMD not only provides fully searchable index transcriptions, it also allows you to see the original images from the register indexes as well. For English and Welsh researchers, this is perhaps the most important free-to-access workhorse for family history research, and well worth a bookmark on your browser!

The UK and Ireland Genealogy gateway site GENUKI provides a vast portal into a variety of resources for researchers across the British Isles. Essentially a giant online encyclopaedia, it allows you to burrow down by both geographic location and subject to access a variety of sources. Some of these are transcribed and hosted on the site itself, while others are provided in the form of links that can be clicked on, leading to various dedicated pages on other sites.

Established as a charitable trust, the site’s strength comes from the dedicated efforts of its many volunteers, each of whom has a detailed knowledge of the areas of the site for which they act as administrators. In addition to the main GENUKI site, a parallel calendar project called GENEVA (GENealogical EVents and Activities) identifies forthcoming talks, fairs and conferences that may be of interest.

The National Archives of Ireland provides a range of free resources for the Emerald Isle through its dedicated records platform. By far the most useful are the 1901 and 1911 Censuses for the whole island of Ireland, as well as the census fragments that have survived from 1821 to 1851, but in addition there are census extracts from 1841 and 1851 used to support Old Age Pension applications after 1908, soldiers’ wills from 1914 to 1918, tithe applotment books from 1823 to 1937, and wills calendars summarising grants of probate and admons from 1858 to 1922.

Don’t forget to check out the archive’s main website for useful information guides and an online catalogue for further holdings in Dublin.

Historical Directories of England and Wales

Previously hosted on the now defunct HistoricalDirectories.org website, the University of Leicester’s Special Collections Online page carries the wonderfully useful collection of historic directories dating from the 1760s to the 1920s for counties across England and Wales. The site offers both an interactive map and a list that allows you to select the relevant county, for which a list of publications is then presented, with some counties better represented than others.

The resulting directories can be searched by keyword, and can be viewed on the site or downloaded in a PDF format to your own computer. The site offers an important resource for tracing the movements of many in society both as a pre-1841 Census substitute, and for the intervening years between the 1841-1911 decennial censuses.

The Public Record Office of Northern Ireland is the dedicated national archive for Ulster. Following a recent reorganisation of Government departments in Northern Ireland, PRONI’s web presence has now been relaunched on the NI Direct platform, but continues to offer the same remarkable resources for ancestral research. As well as a range of handy user guides on various Irish-based topics, the institution continues to offer a vast range of free-to-access family history records on the new website. These include wills calendars from 1858 to 1965, the 1912 Ulster Covenant, freeholders’ records, valuation revision books from 1864 to 1933, 19th-century street directories from the north of Ireland, and much more. The archive will soon also be launching a major new tool providing access to historic Ordnance Survey maps.

Note that PRONI has a dedicated YouTube channel which carries recordings of many great lectures on ancestral themes.

The Edinburgh-based National Library of Scotland intends to digitise a third of its holdings by 2025, and to make its content easily accessible via its main website. A wealth of material is already available there for free, including more than 700 Post Office directories, 140,000 maps of Scotland and the UK from the 16th century onwards, the Scottish Screen film and video archive and much more.

In addition, if you have a Scottish-based address, you can subscribe to its licensed digital collections and gain free access to historic editions of The Scotsman and The Times newspapers, the British Library 19th Century Newspaper Collection, Who’s Who, and the House of Commons Parliamentary papers, among other collections.

The National Library of Wales

The National Library of Wales, acting as both a national library and a national archive dedicated to the history of Wales, has an equally well-developed online presence with many useful catalogues and digitised collections available. Presented in both English and Welsh, its free online offerings include digitised copies of wills proved in the pre-1858 Welsh ecclesiastical courts, testimonies recorded in cases of 17th-century witchcraft, the Dictionary of Welsh Biography, the Cymru 1914 First World War platform, the National Screen and Sound Archives of Wales, and considerably more. The library’s Welsh Newspapers Online site also offers access to some 15 million articles in Welsh titles from 1804-1919, all free of charge, while its photographs and maps collections also provide much needed context to the family history narrative. The site is very user friendly, and has its own dedicated blog.

The San Francisco-based Internet Archive is the final resting place for websites that have become obsolete or ceased to exist. Through its dedicated WayBack Machine facility you can type in the address of a genealogy website that no longer exists (or which has changed substantially) and retrieve a ‘cached’ version of it from various moments of time in the past. If you host your own website, you can ask the library to take regular snapshots of it to preserve your hard-earned work should something disastrous happen in due course. In terms of its additional digitised content, many archive institutions from around the world now have dedicated platforms on the site also, providing a range of free digitised resources such as ebooks, video clips and sound recordings.

The Statistical Accounts of Scotland

In the 1790s and the 1830s/1840s, two remarkable exercises were carried out by ministers of the established Church of Scotland to record in detail the make up of each parish within Scotland. These ‘statistical accounts’ record the religious adherences of members within each parish, and include the names of the key landowners, the predominant industries, and the characteristics of the local population. Importantly, by focusing on the same areas across time, they also help to reveal the massive changes that took place in Scotland throughout the industrial and agricultural revolutions, often helping to explain why people moved to and from various towns and villages across the country, as industries came and went.

While many record sets will tell you who your ancestors were and where they lived, these contemporary first-hand accounts provide a crucial canvas against which you can paint their lives more fully.