House history - tales from the Elizabethan House in Plymouth Hannah Pooley of the newly-restored Elizabethan House in Plymouth shares tales of some of the people who have lived at the former boarding house over the centuries.

The Elizabethan House has stood on Plymouth’s Barbican since about 1599. Built as a letting house with rooms for rent, it has been home to hundreds of people including merchants, shopkeepers, fishermen and washerwomen.

The house was in use right up until 1926, when it was due to be demolished by the local authority as part of slum clearances. It was saved, restored and opened up as a museum. The Elizabethan House, as it was christened, depicted a typical “merchants house”. It suggested a comfortable family home full of dark wood furniture including a box bed, four poster bed and large desk, as at the time, historians had not discovered the building’s original purpose.

By 2015 the building needed attention. It was time for it to be saved… again! This time, we wanted to tell an authentic story of the people linked to the house, to give a sense of life on the Barbican, and therefore Plymouth, through time.

A house through time

Starting with the list of names on file, which had been researched in the 1920s, and census material, more research was done, primarily by the Devon Family History Society. My role was to take the information discovered and create an experience for visitors to Elizabethan House. We didn’t just want to deliver facts and figures, but give a real sense of the people who lived in or owned the House. 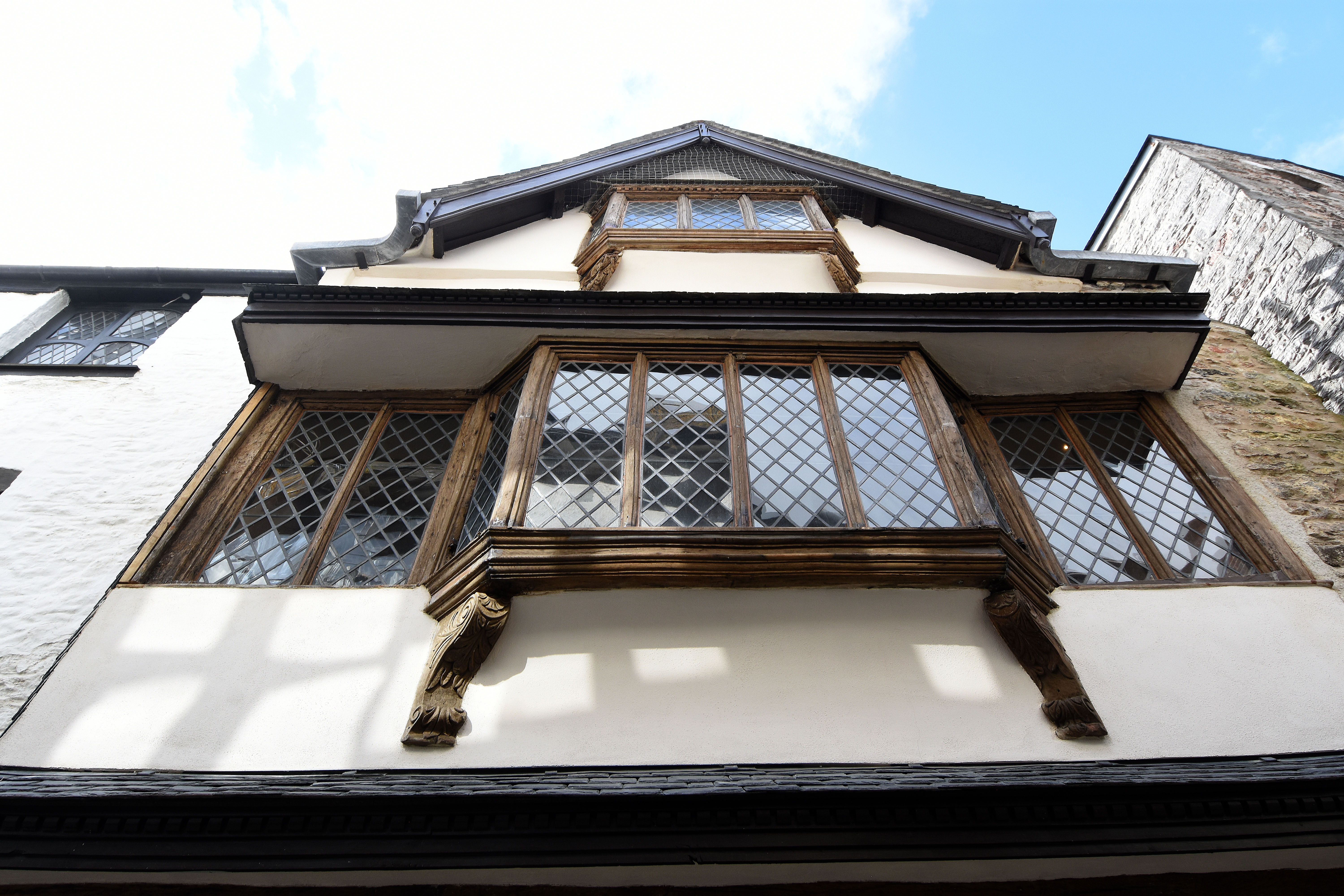 There were so many residents and owners to choose from. Early on we realized what many people researching their own family trees know… it’s much easier to gather information about the Victorian era thanks to the detailed census material. Evidence of ‘normal’ people in the 17th century is thin on the ground. We selected a handful of stories of people from 1599 up to 1926.

Researching people based on a house provided a different viewpoint than researching a personal family tree. You see unrelated families become intertwined based on where they lived and their situation. We didn’t need to map out their whole families, but discover what was relevant to those people who lived in the Elizabethan House.

For example, Mary Ann Sturges. Born in 1816 in Kingsand, just over the water in Cornwall, she appeared on the house’s census between 1841 and 1861. In 1841, she lives with her father James, a tailor, and four older siblings, all following in the family business.

By 1861 Mary Ann had a child, Elizabeth Palmer, seemingly out of wedlock. There was a Palmer family living in the house at this time, so it is likely that one of the men fathered Elizabeth. After this, Mary Ann and Elizabeth moved from New Street to High Street where they continued in the family business as dressmakers. However, Mary Ann now referred to herself as a widowed Mrs Palmer, despite no evidence of a wedding having taken place. There are several other examples of marriages or liaisons between families in the house.

With up to 58 people living in the property at one time, it was difficult to select the right people to use. But, it was definitely the female stories that stood out. The women spent most of their lives inside the small rooms of the house, whereas the men had opportunity to step away, working at sea or on the harbour. It was the women who raised the children, took on extra work and supported each other. 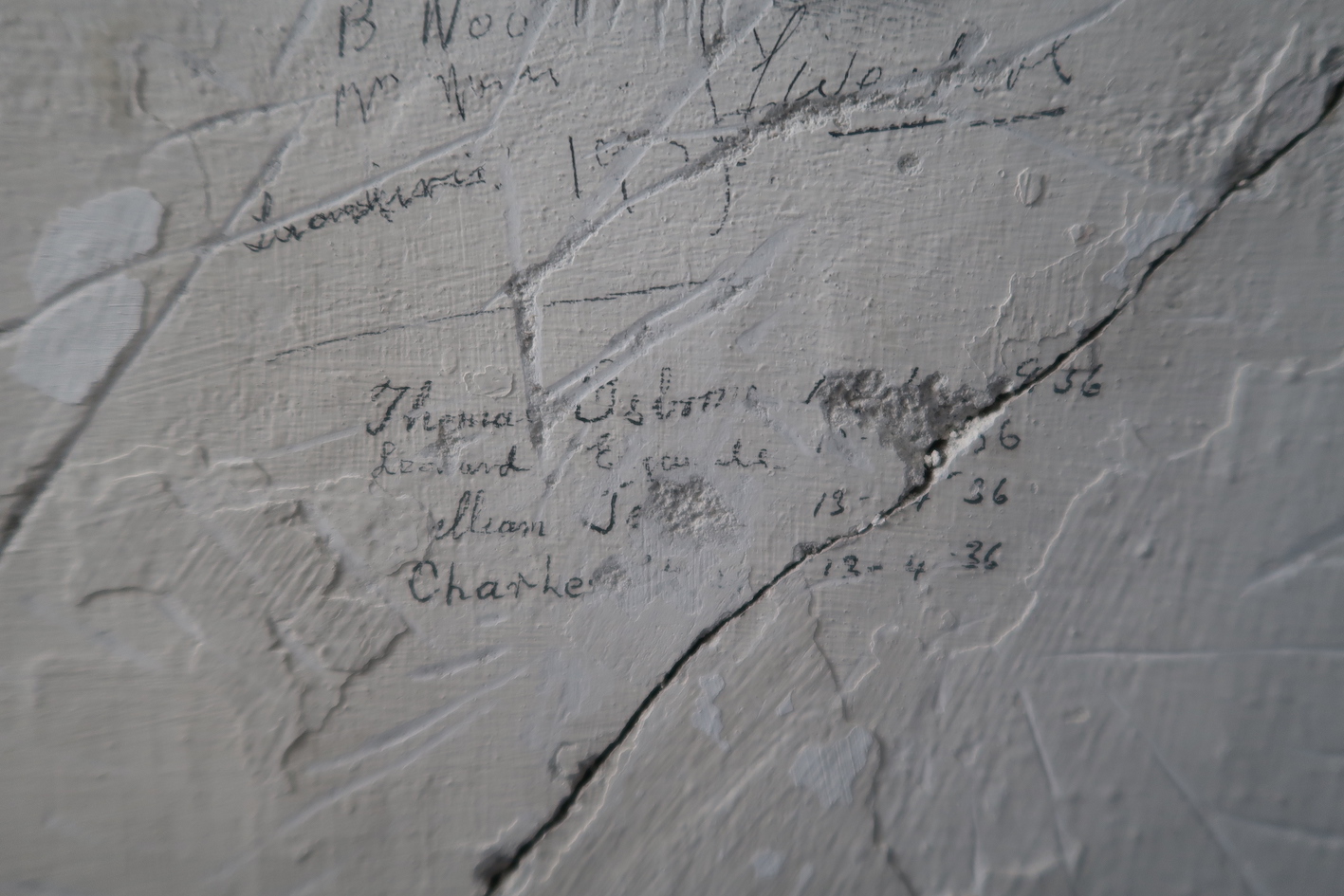 Part of a list of names of people who lived at the Elizabethan House, written on an interior wall of the property in the 1920s

We ended up selecting Elizabeth Frude, whose husband, a fisherman, was lost at sea whilst she was pregnant with their third child. Her in-laws also lived in another room of the house, and her parents a stone’s throw away in Pin Lane. The Frude name still endures in the area.

One of our longest residents was Amelia Cooksley, born in 1844 on Lambhay Hill, just behind the Elizabethan House, where she lived for over 30 years. Her story follows that of her mother, Amelia Hooper (nee Sheldon) who was widowed and left with five children. She worked as a fish seller to support the family. Her daughter Amelia went on to marry Thomas Cooksley, a seaman. He died in 1878 and left her with five children, after which she became a charwoman.