John Moss explores the origins of English town names, from the Viking era through to the Middle Ages.

When researching your family history, you're sure to come across dozens of town and village names that are unfamiliar to you, as you track ancestors across time and place.

In this new guide, John Moss explains how certain elements of a town name can give clues to the origins of that place.

The names of many towns, village and hamlets that we think of as essentially English are often derived from the foreign migrants who have invaded these shores and settled here over the millennia.

The oldest date from ancient Celtic times, some were influenced by the Romans and others emerged during the Anglo-Saxon period or reveal a Viking ancestry, while a number are derived from the Old French language of the Normans.

Placenames tend to fall into two main categories: they are either named after their founder or an early leader, or else are descriptions of the flora and fauna of the local topography.

The ancient names which Celtic peoples gave to places would have been in simple descriptive terms: ‘the tribe who live on the hill’, ‘the settlement in the wood’, ‘the people of the valley’, and so on. Many of our mountains and rivers were named by the Celts.

The Malvern Hills in Worcestershire is one example, and means ‘bare hill’; Helvellyn in the Lake District of Cumbria is another and translates as ‘pale yellow moorland’; the Quantock Hills derive from ‘cantuc’, their word for a ridge or an edge.

The River Thames has a name which mean ‘dark’, the Tyne means ‘flowing’ and the Mersey means ‘river boundary’, and still remains the border between Lancashire and Cheshire to this day. 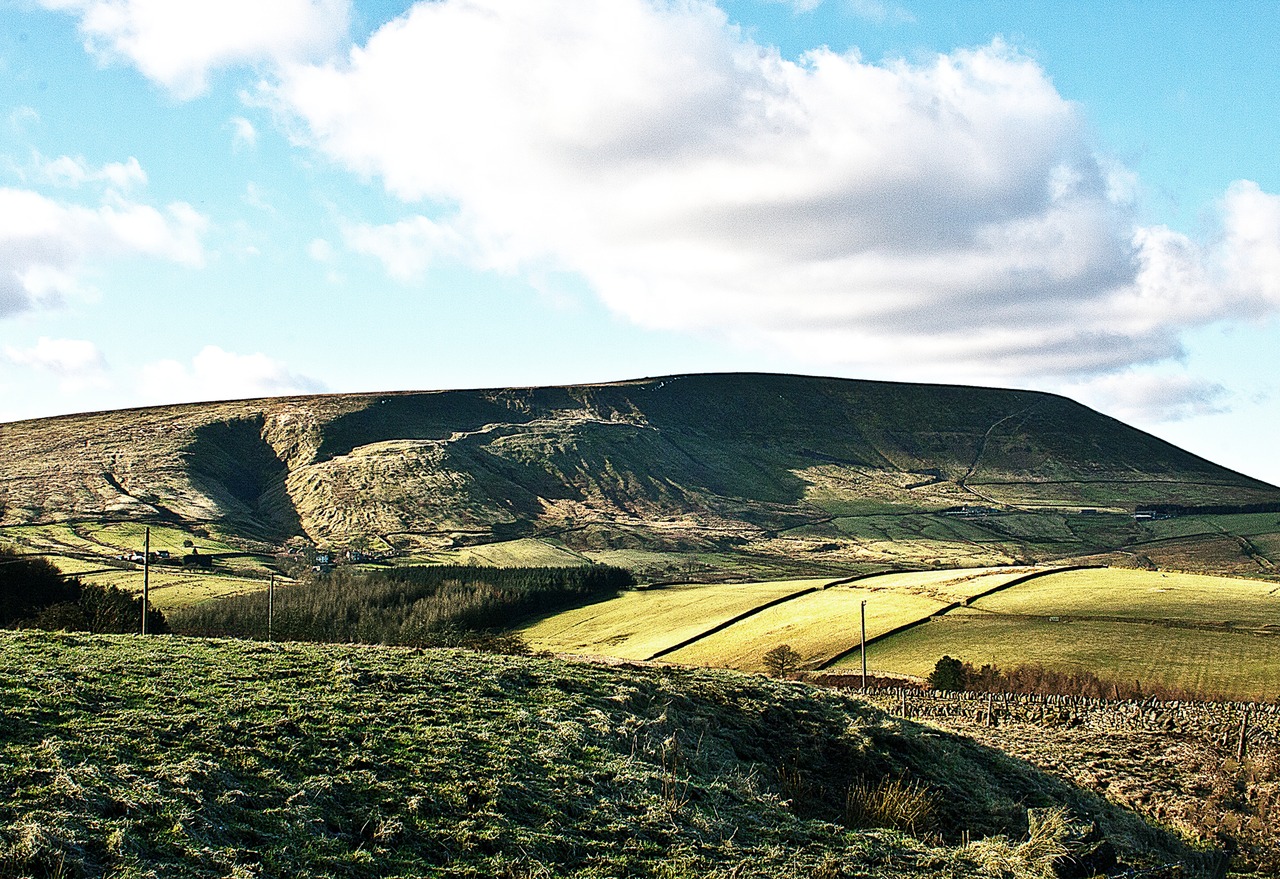 The counties of Cornwall and Devon derive their names directly from the Cornovii and Dumnonii tribes whose tribal territories they were. Descriptive Celtic typographical name elements like ‘cumb’ and ‘pen’ survive in many places in the West Country, where the Brittonic Welsh word ‘cym’, meaning ‘valley’, is found in places like Ilfracombe and Salcombe, as well as Seacombe in Cheshire and Bowcombe on the Isle of Wight.

Towns like Penrith, Pendle and Penzance come from ‘pen’, the ancient British word for a hill.

The Romans tended to give Latin names to their settlements; towns like Aqua Sulis (Bath),  Diva Vitrix (Chester), Mamuciam (Manchester) and Glevum (Gloucester) are just a few. They also left behind a plethora of abandoned military encampments, the so-called ‘ceastres’, a suffix which Saxons later attached to placenames like Doncaster, Lancaster, Tadcaster and Winchester, indicating the site of an old Roman settlement. They also left behind their streets (‘straets’), of which Watling Street, Ermine Street and Stane Street are best known.

The arrival of Frisians, Angles, Saxons and Jutes, Germanic tribes from continental Europe, (commonly referred to as Anglo-Saxons), tended to name their new settlements after their leaders. Birmingham, for example, was named after a man called Beorma, Wolverhampton after Wulfruna, Dudley after Dudda, Giggleswick after Gikel, Leveshulme after Leofwine, and so on.

To these were often added other name elements. For example, ‘ing’ or ‘inga’ was the Old English word for a tribe, a family or a people, and ‘the ‘ham’ element signified a homestead, a manor or settlement.

Hence, Birmingham translates into Modern English as ‘homestead of the family (or people) of Beorma’. Levenshulme derives from a combination of Saxon and Danish elements and means ‘Leofwine’s island’.

Anglo-Saxons were mainly an illiterate people; they rarely wrote things down, and as a result their names were generally passed on by oral tradition. It was not until the Domesday Book of 1086, when Norman French commissioners recorded what they thought to be reasonable approximations of Saxon placenames - the language barrier accounted for the frequent variants in their spelling.

The Viking invasions of eastern England at the end of the eighth century, and the establishment of the territory of Danelaw, saw an influx of Scandinavian placename elements, where words like ‘thorp’, (as in Scunthorpe) indicated a Danish farmstead or small settlement; ‘holm’, ‘hulm’ or ‘holme’ referred to dry land or an island surrounded by marshland, (as in Holmfirth or Levenshulme), and ‘thwait’ or thveit’ occurs in places like Castlethwaite, Bassenthwait and Hunderthwaite and was the Norwegian word for a clearing. 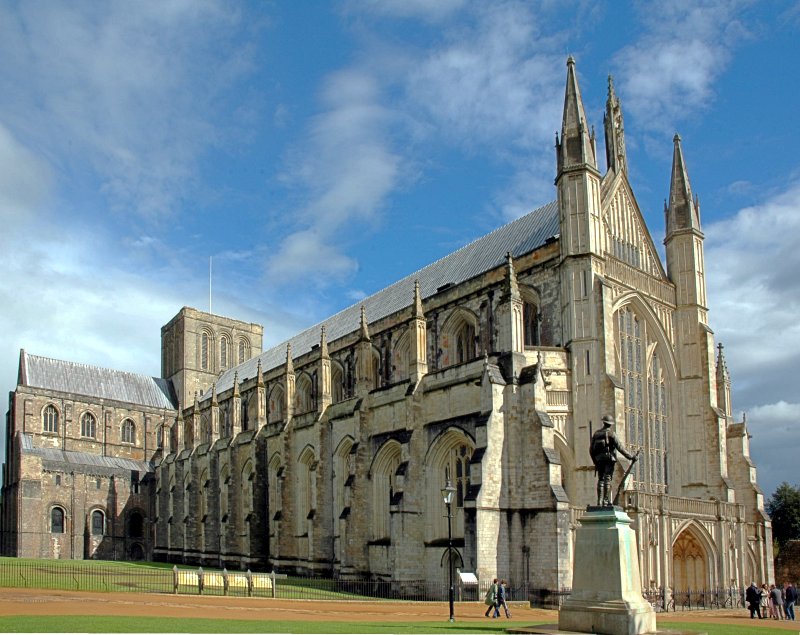 It was King Alfred the Great, who more than any other, was responsible for preventing the wholesale dominance of England by the Danes. From his base at Witanchester (Winchester) in his Kingdom of Wessex, he ordered the building and fortification of towns across England as a defence against Viking incursions.

These fortified towns, known as ‘burhs’, had variations of it added to their names – places like Peterborough, Middlesbrough, Guisborough, Wappenbury, Bury St Edmunds, at least three places in England simply called Bury. Alfred’s ‘burhs’ were to become the basis of the new English boroughs.

Other Saxon word elements began to appear in placenames. Townships like Kidderminster, Leominster and Axminster bore the Old English word ‘minster’, originally simply meaning ‘church’. Places like Blackburn, Slaidburn, Otterburn and Burnley contain the word ‘burna’, meaning ‘stream’. Portsmouth, Falmouth and Exmouth derive from the Anglo-Saxon word ‘mutha’, meaning ‘mouth’ or ‘estuary’, as well as the name of the rivers like the Fal and the Exe, which join the sea at those places.

Following the Norman Invasion of England in 1066, Duke William seized all the lands that had hitherto been owned by Anglo-Saxon earls and redistributed them amongst those Norman knights who had supported or fought alongside him at Hastings.

The Normans actually created very few new townships, but were fond on adding their family names to their newly acquired Saxon lands. Thus the Manor of Ascebi (Ashby) in Leicestershire, took its name from the word ‘aesc’, which like the Old Norse ‘askr’ meant ‘ash tree’. The suffix ‘by’ indicated a Danish settlement. Hence, ‘the settlement where ash trees grow’. When it came into the possession of the Zouch family, they called it Ashby-de-la-Zouch, clearly marking their ownership. 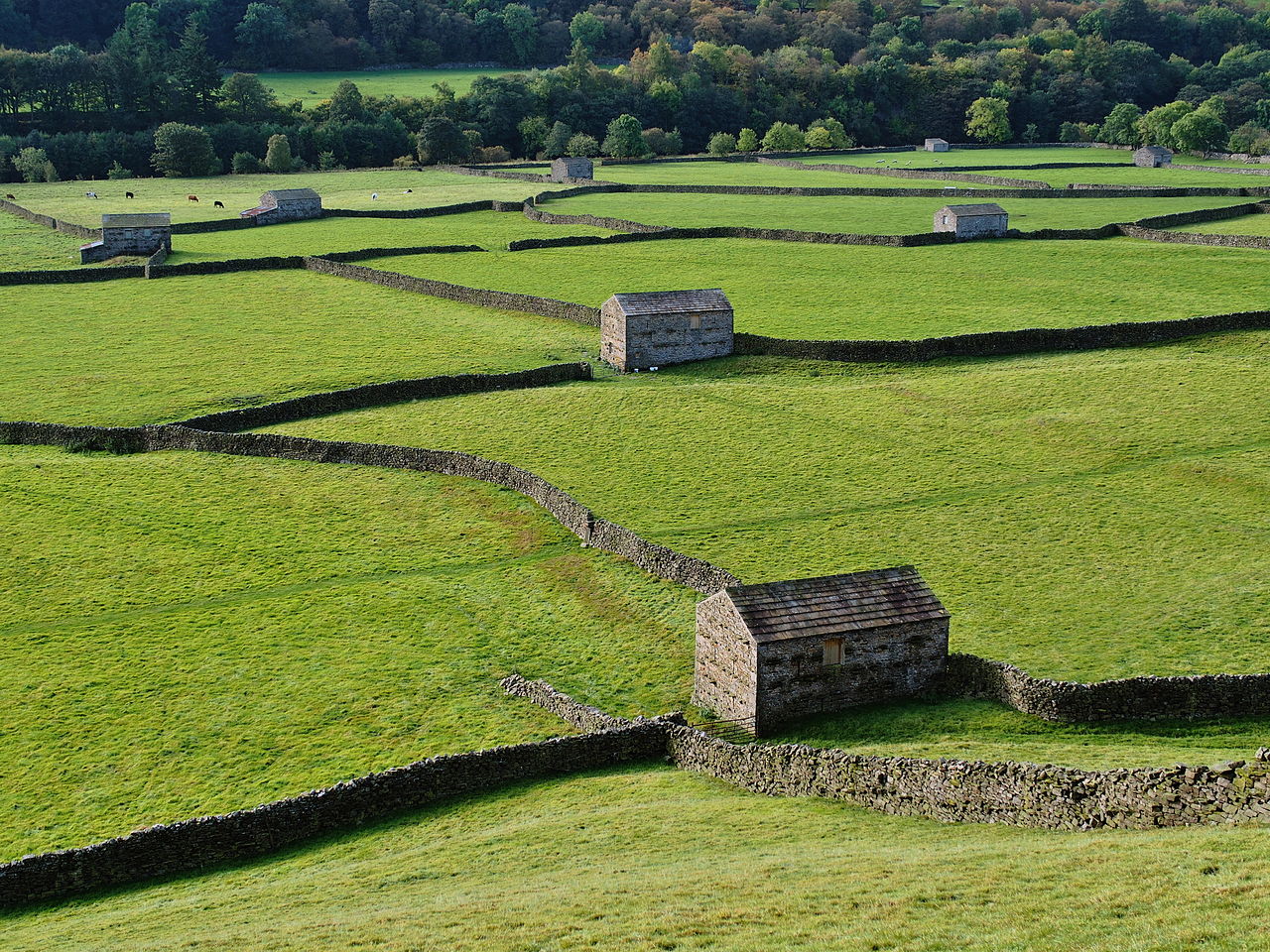 There were many others. For example, Domesday listed the Manor of Leighton in Bedfordshire as Lestone, a name derived from the Old English words ‘leac’, meaning ‘leek’ or ‘garlic’ and ‘tun’ signifying a farmstead enclosure – hence, ‘enclosure where leeks (or garlic) are grown’. This was typically mis-spelled in 1086 by Norman French commissioners who understood little of Old English and had to guess its spelling.

The manor was given to the Busard family who attached their family name so that by the thirteenth century it had become known as Letton Busard, which over time developed as Leighton Buzzard.

Other Norman placename appendages include Redmarley d’Abitot in Gloucestershire, (named after it came into thew possession of the Abitot family) and Naunton Beauchamp, which came into the possession of the Beauchamp family in the eleventh century and whose original Old English name meant ‘new farmstead or estate’. Later, William Malet took ownership of the Somerset Manor of Sepeton (‘sheep enclosure’) in 1228 and the settlement became known as Scheopton Malet, which later emerged as Shepton Mallett.

Other French elements began to appear in places like Chester-le-Street, (known simply as Ceastre around 1194) which signified an old Roman fort on Stane Street, as well as Chapel-en-le-Frith in Derbyshire, known originally as Capella de la Frith, after a chapel dedicated to the martyred St Thomas Becket located in a wood, ‘frith’ being one of several Anglo-Saxon words for a woodland.

Over the centuries, many placenames have undergone significant and radical changes. The city of York is an excellent example. It began as a Celtic settlement by the name Eborakon, and when the ninth Roman Legion arrived from Lincoln and set up their encampment there in 71 AD, they Latinised the name to Eboracum.

Later, when Danish invaders took possession in 866 AD, they renamed it Jorvik; the Anglo-Saxons renamed the settlement yet again, as Eoforwic and in 1086 the Normans recorded the placename as Euruic. This eventually transformed into its present form.

York typifies the way that the gradual absorption of the spoken and written tongues of immigrant cultures created the language which the world eventually recognised as English and which survives today in many of the placenames of England.

A History of English Place Names and Where They Came From

John Moss is the author of A History of English Place Names and Where They Came From, published by Pen & Sword at £25. Full details here.

The origin of the names of many English towns, hamlets and villages date as far back as Saxon times, when kings like Alfred the Great established fortified borough towns to defend against the Danes. A number of settlements were established and named by French Normans following the Conquest. Many are even older and are derived from Roman placenames. Some hark back to the Vikings who invaded our shores and established settlements in the eighth and ninth centuries.

Most began as simple descriptions of the location; some identified its founder, marked territorial limits, or gave tribal people a sense of their place in the grand scheme of things. Whatever their derivation, placenames are inextricably bound up in our history and they tell us a great deal about the place where we live.

To help you discover all about your neighbourhood, we've created a fun and informative PDF research kit for you to print at home. CLICK HERE to find out more.