In a guest blog to celebrate Crufts 2017, Gill Shaw tells the story of remarkable dogs from history and explains how you might even strike lucky in finding a family pet in a family history record collection.

In a guest blog to celebrate Crufts 2017, Gill Shaw tells the story of remarkable dogs from history and explains how you might even strike lucky in finding a family pet in a family history record collection.

If you look at an old photograph, and there’s an animal in it – a scruffy little terrier, a blurred ball of a cat on someone’s knee, or a hairy pony pulling a cart – do you find you spend as much time thinking about the animal as you do about the people in the picture? I know I do. What was the dog’s name? What were they like? Were they well treated? Were they loved?

Unless you’re very lucky, and there’s a name written on the back on the print, or a story passed down in the family, you’ll probably never know, but there are many animals whose names have gone down in history and are still remembered today.

Dr Johnson’s cat Hodge, for example – “a very fine cat indeed” – has his own statue outside his master’s house in Gough Square, London. Napoleon’s grey stallion Marengo, who carried him into battle at Austerlitz and Waterloo, was captured and brought to England, and incredibly lived to the age of 38. His skeleton has recently been painstakingly restored and reassembled into a more noble-looking posture to go on display at the new National Army Museum in Chelsea, although councillors from two villages in County Cork are currently disputing ownership…

And then, of course, there’s Greyfriars Bobby, the Skye Terrier who for 14 years lay faithfully on his master’s grave in Greyfriars Kirkyard in Edinburgh. He’s immortalised in bronze (with a very shiny nose last time I saw him) just outside the churchgate, but the jury is still out on Bobby’s story. Many people now suspect there were at least two Bobbies over the years, but for the local tourist trade, it was too good a shaggy dog story to let go.

Many of the best-documented dogs in history are those that have been honoured for their services to man, often in wartime. Instituted in 1943, the PDSA Dickin Medal has been awarded to 31 dogs (along with 32 pigeons, a handful of horses and a solitary cat).

Not all of them were serving military dogs; a wire-haired terrier called Beauty, along with Alsatians (now German Shepherd Dogs), Jet and Irma, received their PDSA Dickin medals in 1945 for locating air raid victims trapped under rubble. You can find out more about all 68 recipients, past and present, at the PDSA's website.

HOW TO FIND PET-RELATED RECORD COLLECTIONS

Although there aren’t many pet-related record collections available online for family historians, if you have any Irish ancestors you might be lucky enough to find the family dog in the Ireland Dog Licence Registers at Find My Past.

Dog licences were introduced in Ireland in 1865 and cost 2/- per dog, plus an extra 6d for admin, and were issued by the local courts.

Most of those registered would have been working dogs, rather than pets – especially in the early years, as animals weren’t often kept as pets until the late-19th and 20th centuries – and although more personal details like the dog’s name weren’t generally recorded, the records will tell you the sex of the dog, the breed (or, more correctly, the type, such as ‘collie’ or ‘terrier’) and the dog’s colour. Usefully, they also give the owner’s address, which might help plug a gap in your knowledge of your Irish ancestor’s whereabouts. 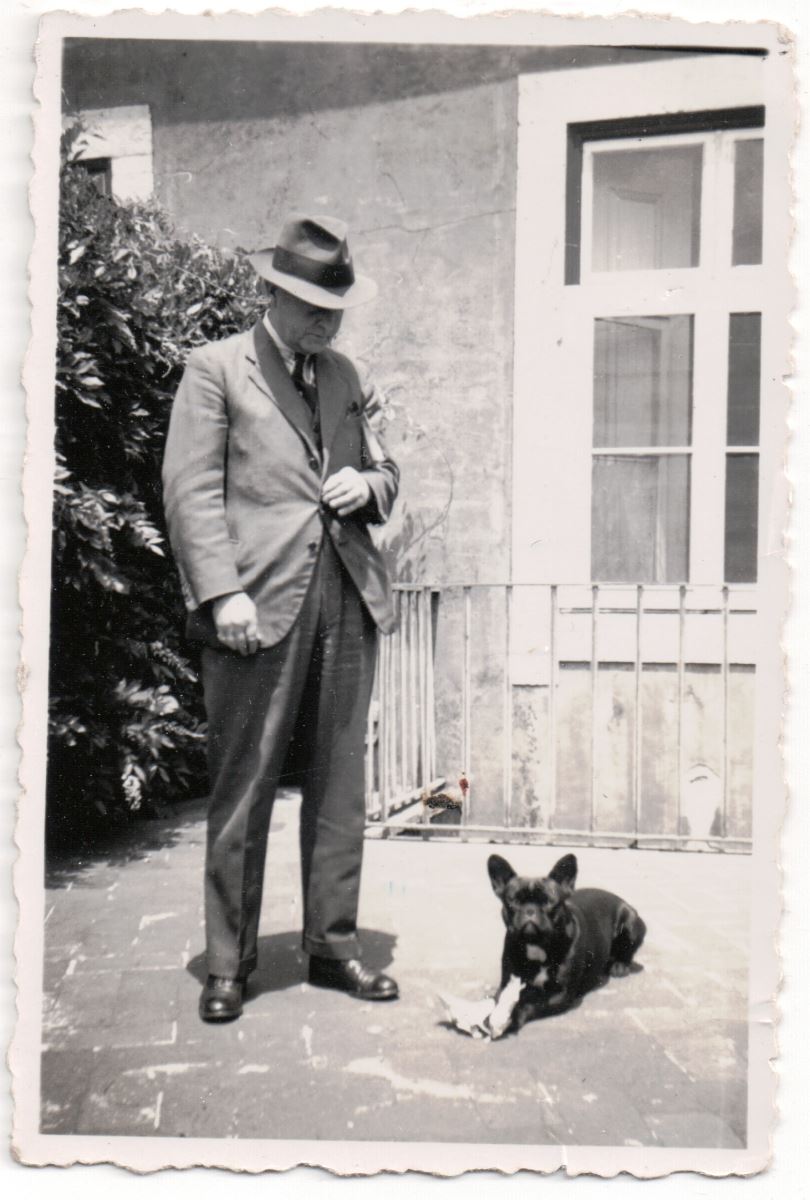 Collies and terriers are the most common types of dog found in the registers. Collies would have been used for herding, terriers as ratcatchers, and you might also find the odd spaniel or mastiff guard dog.

According to Findmypast, there are a number of dogs’ names in the ledgers too, but these were usually only recorded when a dog was found to have damaged property or worried livestock. Among the names recorded are Prince, Captain, Jess, Flora, Brandy, Gip and, of course, Rover.

As in England and Wales, one of the main reasons for introducing dog licences in Ireland (as well as to raise revenue) was to make it easier for the authorities to identify the owners of trouble-making dogs. Funnily enough, that was one of the main arguments for the introduction of compulsory microchipping of dogs in the UK in April 2016. Funny how old ideas come round again, isn’t it?

I didn’t manage to find any of my own Irish ancestors and their dogs in the records, and as far as I know, there aren’t yet any England, Wales or Scotland dog licences available to search online. But you never know; one day your family dog might have his day…

Gill Shaw writes ‘Twiglets’ in Family Tree each issue, and is the editor of Dogs Monthly magazine.