Engraver and family historian Grant Van Antwerp has been perfecting a unique way to ensure that family members are remembered long after a photo has faded.

For more than 30 years, Grant worked as a dent repair technician, using his skills to make indents on cars disappear. His customers included General Motors South Africa and Volkswagen South Africa, as well as private and dealership customers.

But when his mum passed away 14 years ago, he decided to try his hand at a new craft that would ensure that her memory – and those of other treasured family members – would endure for thousands of years to come. To compensate for making dents disappear and to leave a legacy, he started knifemaking and engraving 25 years ago.

Honing his skills from his workshop in South Africa, Grant made his first plaque from stainless steel. This initial memento is now kept at his brother’s farm in the Karoo, a very arid region of South Africa and one of his mother’s favourite places.

When his dad passed away two years ago, Grant made a matching plaque that shares the same rock to which his mother’s rock is attached. His two parents united, smiling and basking under the hot African sun.

Grant graduated from his initial stainless steel plaque to using bronze, a durable material used in arts and crafts for more than 6,000 years. He set himself the challenge of blending bronze with banknote engraving, as seen on the countless banknotes featuring presidents and monarchs around the world.

‘The trial and error therefore started with me trying various engraving styles to depict the true image but being deep enough to hold the gorgeous patinas that your famous sculptors have used over thousands of years.

'I finally decided on the current engraving style which to my knowledge has never been used in this way: phosphor bronze clad in a heat and chemical patina lives and breathes. I love creating the classic brown/gold tones and vintage green/gold patinas, which to me are just awesome and timeless. 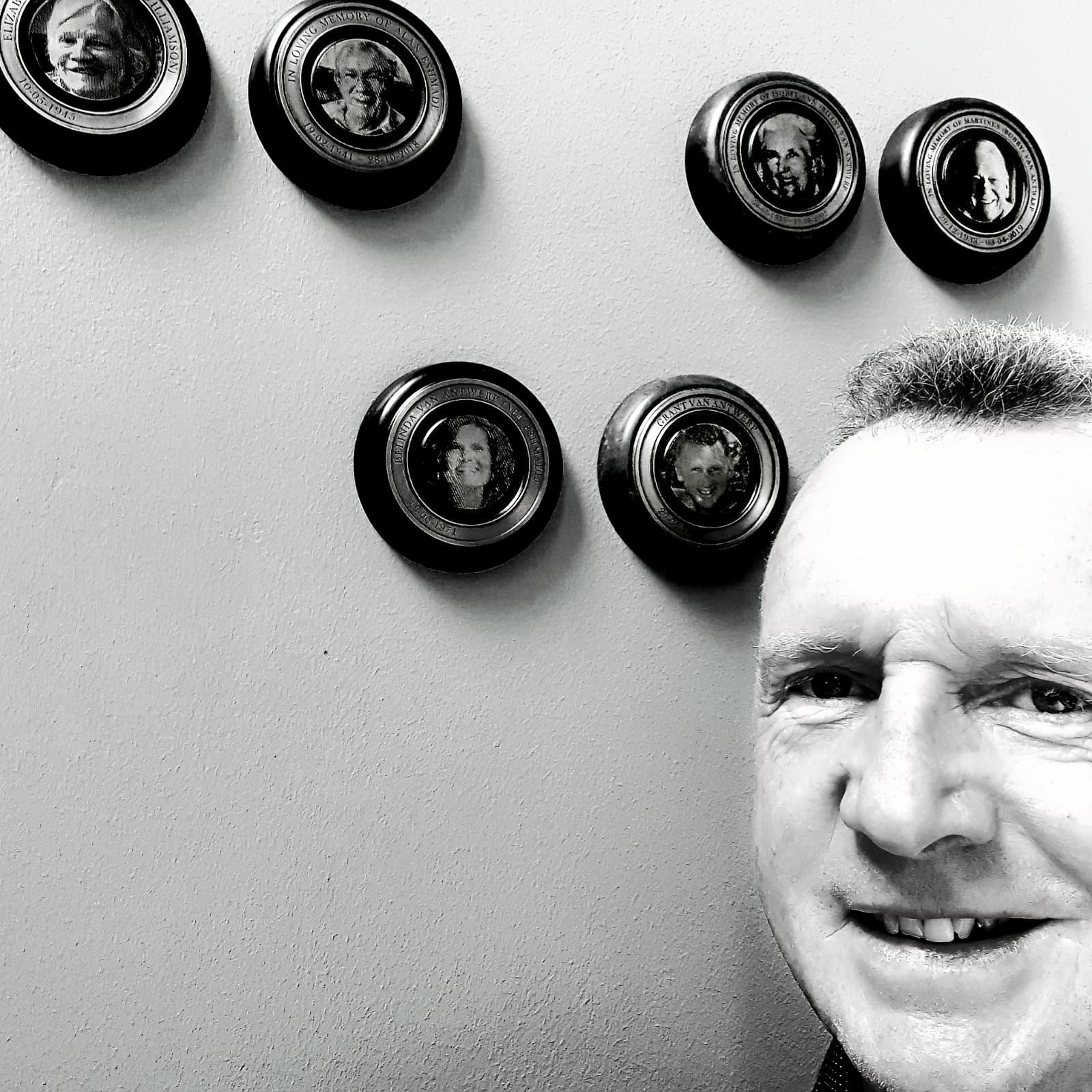 ‘Exposing all these family members from a solid long bar of bronze, by cutting and sculpting away on a lathe, engraving at forty power, lovingly polishing to a lustre, applying the chemicals with open flame has brought much joy and reward to me that I now want to provide this service to anyone who has the same love for family as I have.

'I decided to offer a special on any six plaques and only pay for five. This makes a great starting point, adding to your family tree as required and creating a family heirloom that will last for millennia.’

Find out more about Grant van Antwerp’s work at his website.