A recent discussion on #ancestryhour got me thinking about the census returns and their value to us all as genealogists. So on the back of this, I have written a two part blog covering the census years, which hopefully will benefit both newcomers and some of the “old hands” as well.

The first part will cover the basics of the census returns and the second part next month; will cover that elusive question; What if a relative is missing from a census year?

So you have an interest in tracing your family tree and finding out where you came from, well then you are joining a happy bunch of “tree hunters” who are all addicted to this wonderful hobby and trying to uncover our own individual stories.

Hopefully you are following some good advice for the basics with a beginners guide; there are some wonderful tips and ideas here.

Getting started with the census

You might already be familiar with birth, marriage and death certificates, but these can become a little bit expensive if we are to purchase them all. So what other alternative documents are there, that are readily available, and can assist you with your research?

“Enter the census returns...” You will probably be already familiar with census returns and have already filled out your own return for your family in 2011. Were you aware that you were actually creating your own piece of history, for future family history researchers to find, when filling out your own census form?

It’s that type of form and information that we see today, which formed some of the original census data that was collected by the census enumerators.

The first recognised census in Britain that actually included names, was taken in 1841. Although there are various earlier forms, which vary from parish to parish, the first to record names across the whole of Britain was in 1841. The census was crude in its earliest from, to what we see now, and only held limited information. Ages were rounded down to the nearest multiple of 5, and only partial information of a person’s birthplace was recorded, for example “In County”.

So although this is very basic information, it can still be the vital piece in the jigsaw that allows you to bridge the gap between civil registration records, which started in 1837 and parish records. The 1841 census can take you back one more generation!

Dates for the UK census returns 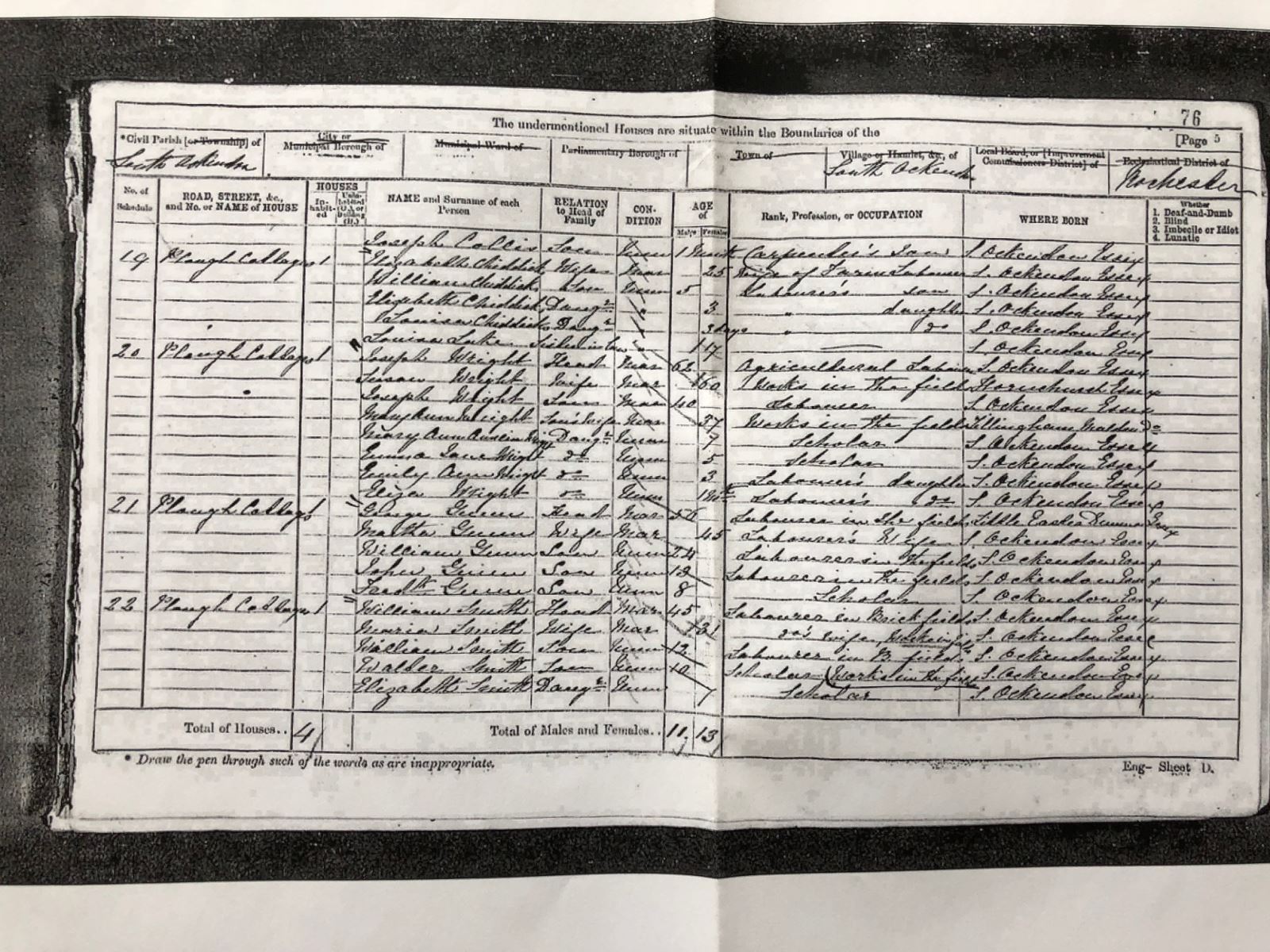 So if you are keen to start exploring the census returns, what additional information can they give you and more importantly, what can they add to your tree?

From 1851 onwards, relationships to the head of the household are recorded, which can be vital in establishing relationships in large family groups, especially with common family names.

Don’t be put off by more than one child having the same first name. This is normally an indicator that the first child might have died between the intervening census years; this is where the given ages are a vital clue in identifying the correct ancestor. Although the ages are given from 1851 onwards, again “poetic license” might well prevail and it’s always advisable to search a few years either side for your ancestor.

Also from 1851 onwards we see the addition of a more descriptive birthplace, although this can vary from census to census, don’t be put off by a slightly differing birthplace. Ten years is a long time for you ancestor to try and remember, did he say “South Fambridge” or “Ashingdon”? (both neighbouring parishes).

Where is my ancestor?

Look for patterns of where your ancestors lived, could their occupation give you a clue, for example would they have moved from town to town to find work? Use the birth, marriage and death certificates that you have, which give parish names.

If an ancestor does truly disappear off the census returns and you have exhausted all possibilities, then this might be a good clue as to when they sadly died. You now have a ten-year gap to try and find a death record. So use the census information to help you bridge the gaps between the birth, marriage and death certificates that you already have.

There are subtle changes between the recorded information given, between 1851 and 1901, but the next major change occurred in the 1911 census.

This was the first census return that was actually completed by your ancestor himself or herself, so this will actually be their own handwriting! 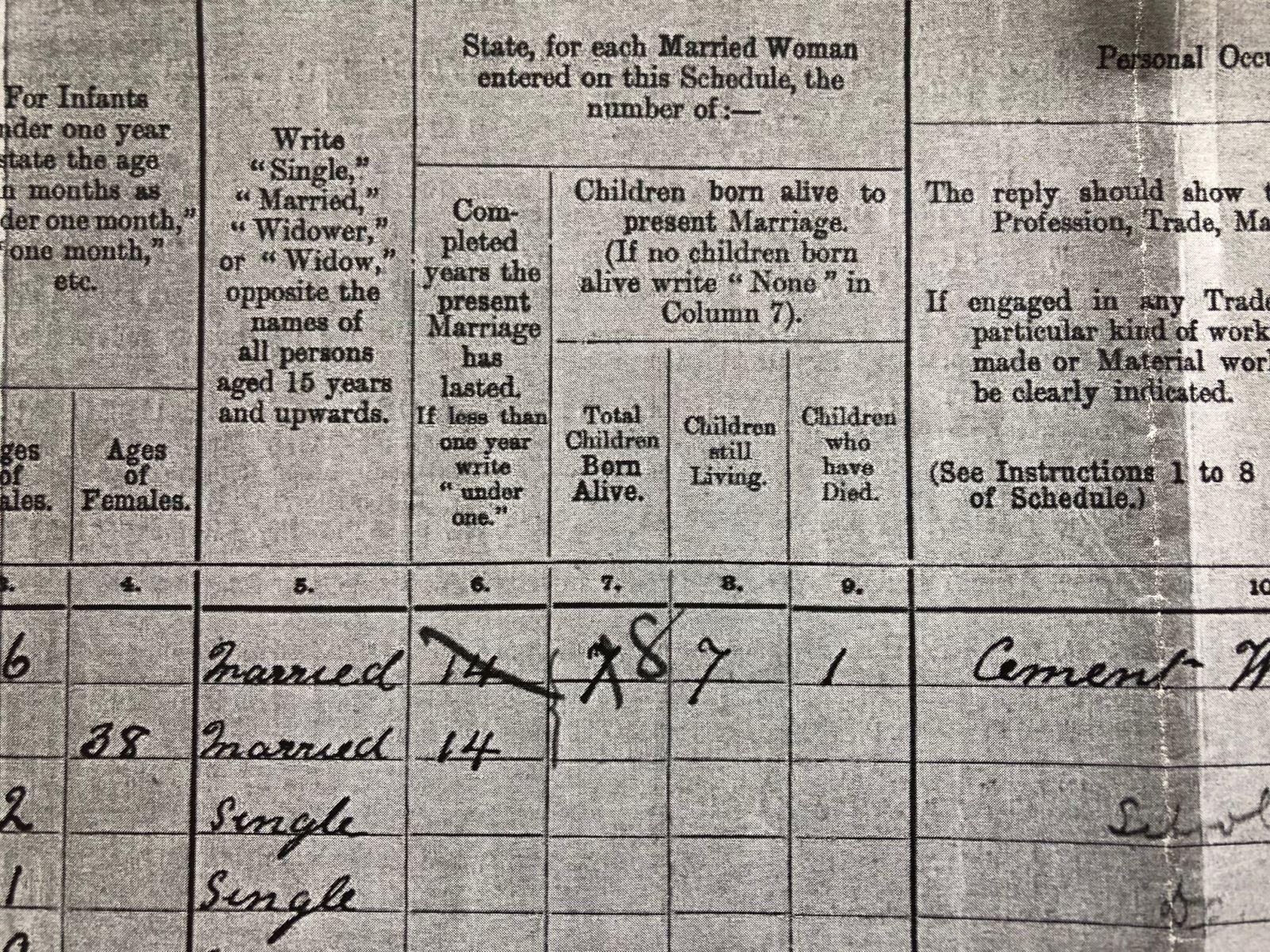 So this makes the 1911 census a vital record for family historians! This additional information is family history “gold”. We get more precise information; we get to know if the family had children that had previously passed away for example, so this important document is vital to you, to add “flesh to the bones” on your tree.

This is a just a small glimpse of what the census returns can do for you; they are a vital piece in the genealogist’s armoury in discovering the truth about their ancestors. Use them wisely and they will help you bridge gaps, find missing ancestors and hopefully help you to unravel a few of the mysteries about your own family.

The census returns are available commercially at the large family history websites as well as at FreeCen.

Look out for my second blog in the series on census returns next month: What happens if your ancestor is missing from the census?

Keen to learn more about the census? Get the Family Tree Census Comparison Chart, just £1.99. Click here to buy